The price of a soldier 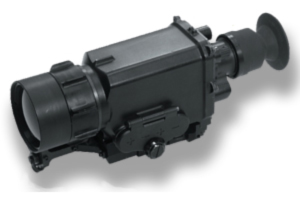 I didn't intend to do another post on military issues so soon – but before you stifle your yawns and move on, this post is not about "toys".

It is about government – how it fails and then lies to cover up its failures. It is about the opposition – how it fails, and no one seems to give a damn. It is about the media, which goes for the quickie, cheap story and, the moving finger having writ, moves on – the classic harlot class, prostituting its power but accepting no responsibility for what it does. Not for the MSM Proverbs 26.11. We get a fresh delivery each time.

So, what's North wingeing about this time? What is he chuntering on about in his little ghetto, ignored by all the clever-dicks who are sooo much more important and respected, who couldn't possibly tarnish their shiny little brains on minor little details like the government putting our troops at risk and then lying about it? When push comes to shove, as long as these little dahlinks can peddle their wares and collect their grossly inflated pay cheques (that's checks, you dumb Yanks!) at the end of the month, then all is well in the world.

Where was I? Ah, yes! Vipirs – the thermal imagers so desperately needed in Afghanistan to aid detection of suicide bombers.

This is not a misspelling – and we did the issue twice last month, once to complain that the BBC's moron-in-residence (one of them at least) Shaun Ley had completely cocked up the story and let Lord Drayson off the hook and then to remark that it was unlikely that we would hear anything from the Tory defence team – another failure of opposition with which we are becoming wearily familiar. 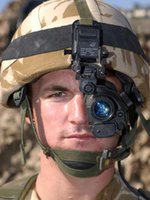 As we left it, we had the Lord Drayson successfully confusing the issue, telling the idiot Ley that there was no problem as 1400 sets of "night vision goggles" had been delivered to theatre.

But there was one MP on the ball – Mike Hancock, who plods away behind the scenes, ignored one and all by the flatulent egos of the media. He asked Browne, in a written parliamentary question, how many Vipir thermal imaging sights had been acquired by his Department; their cost and how many had been issued to each of the two combat theatres (Iraq and Afghanistan). This was the answer, from bully-boy Ingram:

Around 300 Vipir-2 thermal imaging sights have been acquired at a total cost of approximately £2.75 million. Over 200 of these sights have been issued to the two combat theatres (about 150 to Afghanistan and about 70 to Iraq); just over 10 units are in the repair loop with the remainder to be allocated in accordance with the requirements of commanders in the field.

So there we have it. There may have been delivered 1400 night vision sights, which are useless for detecting suicide bombers, but only 150 thermal imagers have been sent. No wonder Marine Sergeant Stephen Brown was complaining about the shortages. 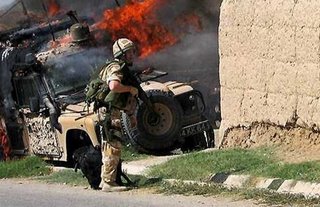 And, from Ingram's answer, it is fairly obvious why so few have been sent. Each Vipir-2 costs £9,166. To equip all the active troops in Afghanistan would cost another £5 million – according to this source about eight hours-worth of payments to the EU.

To its credit, Private Eye did the story in its current edition, concluding with a style that I could not even begin to emulate:

So ministers continue to lie, and get away with it. British soldiers continue to die. And a Marine's bravery in speaking out of turn, in a desperate bid to save his comrade's lives, becomes just another little piece of journalistic flotsam, floating away with the wind.

But at least now we know the price of a soldier.