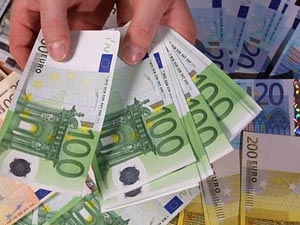 That's what the Telegraph thinks, and it may be right. But, as one of our own forum members remarks, "to welcome it is to laugh as the house next door catches fire."

Commentators on the paper's site hark back to the basic flaw of pushing for a single currency without the political unity that is needed to manage it, but it would be as well to remember that the project simply reflects the EU's modus operandi. It is bottom-up integration and, within that paradigm, going for the single currency first makes perfect sense.

Furthermore, one must not forget the role of the beneficial crisis. The euro has led a charmed life so far, having not had to weather a major currency crisis since its launch – and one must surely be overdue. For the integrationalists, such a crisis would not be entirely unwelcome. It is in periods of crisis that political change becomes possible.

Here, one recalls Prodi's much misquoted and misunderstood condemnation of the Growth and Stability Pact, the then commission president declaring it "stupid".

As he was later to explain though, and repeat at every opportunity, he was actually referring to the need for a harmonised economic policy, with the commission having the powers to enforce it. "To have a single currency and not to have a single policy to protect that currency. There is a great risk," he said during an interview to mark his retirement as EU commission president.

A major crisis, therefore, will almost used to push for further political integration, although the time may have passed when there was any enthusiasm for it.

This could lead to an interesting and doubly-dangerous (for le projet) dynamic – when the response to any crisis situation is caught up in an increasingly fraught battle for and against further integration. Crises are difficult to manage at best, and to have responses clouded by political infighting on an international scale could be hugely damaging.

Maybe, indeed, the Telegraph is right.