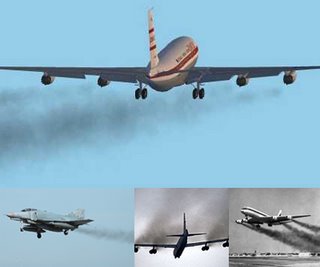 As a callow youth, I took membership of the Friends of the Earth so seriously that I bought a second-hand van out of my own money, to collect up the newspapers from our locality and take them for recycling. Funny, we had the branch meetings in my flat and, after the hours denouncing cars and all that went with them, it was interesting how many members wanted a lift to the pub – in my car.

But the more messianic doth become the message, the more one is repelled by it. The latest is the EU's emission plan for airlines, which will be a nice little earner for its administrators and cost us all a packet, except of course all those on expenses – like the MEPs who have agreed the plan.

Anyhow, it is good to see that the US is resisting the idea, condemning the whole thing as illegal. "The inclusion of non-EU airlines on a non-consensual basis runs counter to EU member states' legal obligations under the Chicago convention... and their bilateral air transport agreements, including with the US," a government spokesman said.

In my view, the US should go further. In the olden days when men were men, when you could take your girlfriend out for a quid and still have change left for a copy of Flight International, you had smoking inside and outside your airliners. With warbirds, I always remember that you could see a Phantom coming long before the aircraft was visible. As for B52s... who needed radar?

So, junk those prissy Airbuses and the super-clean Boeings. Bring back the 707s and the DC8s. There is nothing like a smoke trail in the sky and the smell of unburnt hydrocarbons to get the pulse racing.