Top of the wars 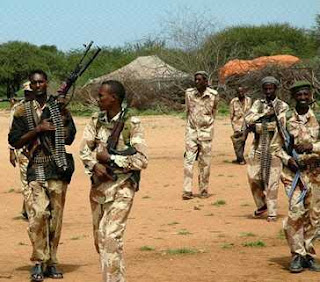 It now looks as if Somalia is at war with Ethiopia, or not as the case may be. According to the latest from Reuters (its African reports seemingly still fairly reliable) it is Somalia's Islamists that are at war, not the government.

That in itself would be an interesting development as wars, historically, have usually been considered as affairs between (or within) nations. But, as with the war between Israel and Hezbollah, and Nato against the Taliban, the old definitions and certainties seem to be breaking down.

Whatever else, although – we are told – there may be fewer wars than in the recent past, the number breaking out and the complexity of the issues is such that keeping abreast of them is beyond the capabilities of the ordinary, intelligent lay person.

Accordingly, this Blog has a suggestion. Through general lack of interest, or whatever, we understand that the BBC programme "Top of the Pops" was recently abandoned. If the slot is still vacant, we think there is room for a new weekly programme on the same lines, this one called "Top of the Wars".

Each week we could have a run-down of the wars in progress, with scores awarded to each partly on the basis of the viewers' views and partly according to how many people had been killed the preceding week. No doubt a weighting system would have to be devised, in which – presumably – civilian deaths could score higher than those of soldiers, with an added bonus for shock value and originality. European deaths would, of course, score higher than those of locals, and British even higher, with US deaths topping the league. 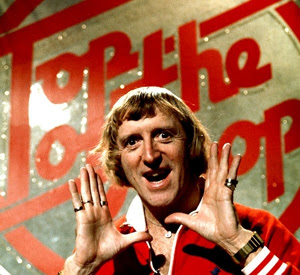 Anyhow, whatever the scoring system, from it would emerge the war of the week, to become that week's "Top of the Wars". It would be the topic of conversation in the offices, factories and bars of the nation and, with the BBC's genius for marketing (using other peoples' money for its risk capital), it could line up what would become award-winning DVDs of the shows.

What better way could you imagine of bringing the entertainment value of these wars to the homes of ordinary people, generating massive royalties which can be used to fund UN peacekeeping forces - and the SecGen's pension - a certain way of prolonging the misery and maximising the kill.

Add a Nobel War Prize for the best war of the year (the Peace prize is soooo last-century, don't you think?) and we could have an annual TV bonanza along the lines of the Oscars or Eurovision song contest. And, if the War Prize was as successful as its predecessor, we could look forward to the complete cessation of hostilities throughout the world within a decade.

In the meantime, the media would be able give up its pretence that it was reporting news and integrate its war reporting with its entertainment portfolio, where much of it already belongs.