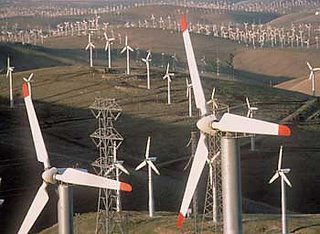 Booker's column this week is back to its current size and makes interesting reading. The first item, headed, "National grid will totter in the prevailing wind" takes head on the increasingly dangerous group psychosis of "wind energy", pointing out the perils of relying on this intrusive provision.

Various recent reports, he writes, have highlighted one aspect of what, within a few years, will be the most serious crisis confronting this country. Few people realise just how precarious the supply of power upon which our society depends will become – even before 2014, by which time we will have closed down the nuclear and coal-fired power stations that now generate 47 per cent of our electricity.

Two reports by the Renewable Energy Foundation (REF) spell out the extraordinary risk we run through our government's obsessive desire to make us, within a few years, more than 15 percent reliant on wind power. One of these declares:

Wind turbine technology has been developing in Europe for nearly twenty years, and ample experience has been gained to show wind generated power to be variable, unpredictable, and uncontrollable. In fact, the European experience shows conclusively that the annual production is routinely disappointing, and this does not augur well for the UK's chances of achieving significant emissions abatement.

But, Booker tells us, the real import of the reports has generally been missed. It is shocking that it should be left to a small charity to reveal for the first time, using official Ofgen figures, the details of how much each of the 1,950 wind turbines in Britain actually generates. He continues:

These confirm a point familiar to readers of this column: not a single onshore turbine in mainland Britain would be economically viable without the vast hidden subsidy we all pay through our electricity bills (in effect doubling its cost). Because wind is intermittent, turbines only generate, on average, 28 per cent of their capacity. (One built by Renewable Energy Systems on the M25 at Kings Langley produces barely 8 per cent).

The real message of the REF reports, however, is, first, that wind is so unreliable that we would have to build up to a dozen new conventional power stations just to provide backup for all the intended turbines when the wind is not blowing; and, second, that the more we depend on the unpredictable wind, the more this will destabilise the grid, threatening its breakdown.

This was confirmed by another recent report, from UCTE, Europe's principal grid authority, on the power failure that blacked out much of western Europe on November 4. A significant factor in that collapse of the grid was the growing difficulty of accommodating Germany's dependence on 18,000 turbines for 6 per cent of its power.

Yet our own Government (supported by the EU) is locked into the idea that, by 2015, 15 per cent of our electricity must come from renewable sources, mostly windfarms (which currently supply only 0.5 per cent). No proper planning has been done to take into account the problems this will create for the national grid. For example, much of the electricity will be generated by nearly 7,000 turbines in Scotland – without any system in place to transfer the surplus to England where it would be needed.

All this is only part of the much wider crisis looming as we face the prospect of losing, by 2015, that 47 per cent of our current supply provided by nuclear and coal. According to Alistair Darling, who has assumed prime responsibility for energy policy, we shall then be 80 per cent dependent on gas, half of it imported from Norway. This will make us, supposedly, less dependent than most of our fellow Europeans on politically sensitive supplies from Russia. But if Mr Darling enquired of the Norwegians, he would learn that they are not so foolish as to wish to sell off their own reserves. In fact most of what they sell us will be piped into Norway from Russia anyway.

So dilatory has our Government been in its belated conversion to nuclear that, even if we were to order new reactors from France (which derives 80 per cent of its electricity from nuclear), they would not be ready in time to fill the huge gap that will open up from 2010 onwards. Senior power industry figures are already warning privately that, from that time on, Britain's power supplies cannot be guaranteed.

And now, to make our cup run over, we have the European Commission, in the guise of energy commissioner Andris Piebalgs, calling for Brussels to assume control over all the EU's energy supplies. In the Lords last Wednesday, a junior minister, Baroness Royall, appeared to be giving our Government's support to this idea. Stand by, in short, for the day not far off when our computers, supermarkets and much else get regularly blacked out by the shutting off of power. Not a happy prospect.

And we are not alone in our reservations. Which means that this is yet another area where future historians will have cause to wonder when they write an account of this age. They will chart how peoples who were massively dependent on electricity to sustain their very civilisation were so careless of providing for its continuation that they chose mass suicide rather than regeneration.

Interestingly, in the context of Blair's legacy, when we consider prime minister Ted Heath’s legacy, apart from taking us into the Common Market, he is best remembered for the three-day week and the power cuts that went with it. 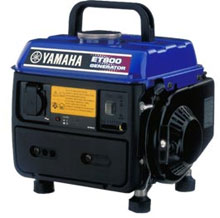 What comes round goes round. Blair’s real legacy will be the increasingly severe power cuts that we will start to suffer in just a few years. By then, however, we will have another prime minister and it will, no doubt, be the then current incumbent who will suffer the approbation.

In anticipation of the failure of our supplies, though, it would be best now to start thinking of buying a small generator to keep essential equipment supplied. And, in honour of the man who made this all necessary, perhaps we should think of a new nickname for this equipment - the word "Blair" seems so appropriate.