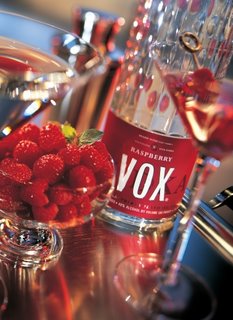 Pick your story, whether it be the growing crisis in Gaza, threatening to turn into a civil war, the upsurge in fighting against the Taliban in Afghanistan, the carnage in Iraq... or whatever.

Despite their pretensions to greatness, however, such matters are not of the business of the European Union institutions and – fortunately - they are powerless to intervene.

No matter though, the great power of the Union is still to be deployed on what Speigel online is calling the "Great European Vodka War".

This is the EU, at the behest of the different vodka makers, which is looking to set a standard for vodka composition, and is fighting off competing claims as to whether the genuine article should be made from potatoes, grain or grapes. So far, grapes seem to be the losers, although there is some indication that the very first recipe actually used the waste from winemaking – the original sour grapes.

Attempts at a resolution have included the ridiculous proposition of labelling non-approved vodka as white spirit, which does not seem to be going anywhere.

But such is the nature of the European Union that work on this vexed question been going on since February last - and before - consuming thousands of man hours and goodness knows how much money. Not for nothing when we first reported on this did we label the piece "...while Rome burns".

Hackneyed it may be, but it makes the point. Frustrated in its ambitions to become a political union, more and more of the energies of the EU are devoted to low grade trivia such as this. And for that, we are paid £15 billion into the subscription pot in 2005 – equivalent to half the defence budget and more than twice the amount spent annually on procurement.

Is the resolution of the great vodka war really worth that much, or should we be spending the money on winning real wars? If you are a Europhile, I suppose, there is simply no argument - it is clearly better to pay the money. Our troops will just have to fight our wars without the kit they need.