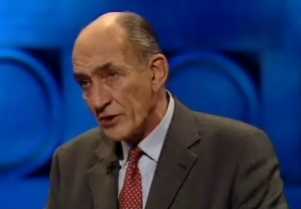 We might have been a little more impressed by General Sir Mike Jackson and his sudden conversion to the cause of the Army – in his Dimbleby Lecture – last night, if he had been slightly more robust about its welfare and direction before he retired as Chief of General Staff.

As it stands, not only was Jackson the primary architect of the Army restructuring (the Future Army Structure) – and the abolition of many of the regiments – he was an active and enthusiastic proponent of FRES. See what he had to say about both in his retirement speech posted on 26 July 2006.

...But it is as important to ensure that such success can be achieved in the future as it is now. That is why the Army Board has initiated the Future Army Structure (FAS) – to get the maximum capability we can from the resources we have been allocated. Some of the decisions involved in FAS and their effects were difficult – but they were right.

There is still much to be done, not least in getting both officers' and soldiers' career structures right, in bringing new equipment – particularly FRES – into service, in completing – speeding up, if possible – the modernization of accommodation; I am confident that we are on the right road, and that the British Army will be in as good shape in 10-20 years' time as it is today – better shape, even.

You will note also that there is not much concern about the "shape" of the Army then.

That aside, we would also have been much more impressed with the media if their representatives and columnists had actually read Jackson's speech – all of it – instead of just going for the cheap headlines. But then it is the MSM we're talking about.

Expect a fuller post shortly, looking at the whole thing.