Afghanistan: what to make of it all? 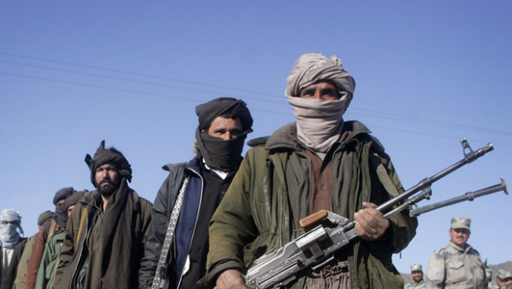 A series of leaks on the progress of the war, and then a report on what appear to be plans for an expedited US withdrawal, have had the media abuzz with stories and analysis, but with no real consensus – a question of heat but very little light.

The first trigger was a Nato report leaked to the BBC, which suggested the Taliban in Afghanistan are being directly helped by the Pakistani security service (ISI), only to be followed by a predictable denial, with the Pakistani foreign minister, Hina Rabbani Khar, dismissing the report as, "old wine in an even older bottle".

As to the US plans, the trigger here was a suggestion by US defence secretary Leon Panetta suggesting that US combat missions in Afghanistan would end in 2013. That, though, was quickly clarified when Panetta said that the US would keep fighting alongside Afghan troops, but would cede the lead role in combat operations.

Thus, US troops would remain "combat-ready" as the United States wound down its longest war, but the troops would largely shift to a train-and-assist role as Afghan forces took responsibility for security before an end-2014 deadline for full Afghan control.

By the time Panetta came up with this reassurance, however, the damage had already been done, with widespread reports, culled from the original leaked report, that the Taliban, "backed by Pakistan", expected to retake Afghanistan when coalition forces leave.

However, despite the flurry of media activity, one is tempted to say "what's new?". I don't think anyone who knows the region and its politics is under any illusions that the Pakistanis work, and have been working with Pashtun and other tribal factions, with Arab support and money, specifically but not exclusively the Haqqani network.

Nor is there anything particularly new about the US military planning gradually to hand over security responsibilities to the Afghan forces, then easing themselves out of the picture. And nor is there any secret that the Taliban expect to have a free run at taking over the country, once the infidels have departed. What else is there to say?

Well, the Canadian National Post has a stab at offering something different, noting that the problem is that ordinary Afghan villagers subscribe to local codes of politics and morality that are profoundly alien and offensive to Western ways.

It tells us that gender equality, religious pluralism, due process - all of these notions are meaningless gibberish to a society made up largely of illiterate goat herders and farmers, who view women and children as property, and non-Muslims as hated infidels. In this world, the real business of public life begins and ends at the local mosque or village council.

Thus we are informed that, if outsiders in Kabul and Washington have money and guns to give, they will take them. They might even permit a school or highway to be built in their district, and appear in a photo-op. But that's where it ends.

Closer to home, we have a superbly robust commentary from Simon Jenkins but, other than to project the view that the UK – alongside the US – might be positioning for a war against Iran, having learnt nothing from the failure of Afghanistan, he really does not have that much new to say.

Matt Cavanagh also has a go, in The Spectator, but he ends up reiterating sentiments expressed in earlier articles, and in particular his piece last November. His conclusion this time is that we now have an opportunity "to move towards a more honest and realistic debate about the Afghan campaign and its prospects of success, in public as well as private".

Considering that we have yet to have an honest and realistic debate about the Iraq war, it is perhaps a little rash to expect anything different of Afghanistan, especially as the view of the UK administration on the conduct of the war seems to be locked in aspic.

This we saw recently from Lord Astor of Hever, defence spokesman in the Lords, who told the upper house that military means alone would not bring about a more secure country, then saying:


We have always supported an Afghan-led political process to help bring peace and stability to Afghanistan, and we continue to encourage all parties to take forward reconciliation. We will continue to engage with our US colleagues on these important matters.

We are not going to get a clearer definition of the UK stance, and while there is nothing new here either, it is useful to note the acknowledgement that a political process is required "to help bring peace and stability to Afghanistan", and that the military alone cannot close the deal.

In assessing current progress, as Cavanagh would have us do, it is useful to refer to the one of the great authorities on the nature of war, Carl von Clausewitz, and one of the most famous miss-quotations of all time: "War is merely the continuation of policy by other means".

This is, in fact, an abbreviated heading in Book One of his famous treatise on the nature of war, whereas the text states something different, and different in an important respect. War, he writes, is not merely an act of policy but a true political instrument, a continuation of political intercourse, carried on with other means.

This, Clausewitz expands upon in the rarely quoted Book Eight where, under the heading, "War is an instrument of policy", he tells us:


It is, of course, well-known that the only source of war is politics – the intercourse of governments and peoples; but it is apt to be assumed that war suspends that intercourse and replaces it by a wholly different condition, ruled by no law but its own.

Clausewitz then goes on to repeat his earlier aphorism, subtly improved, declaring: "We maintain, on the contrary, that war is simply a continuation of political intercourse, with the addition of other means". He then adds:


We deliberately use this phrase "with the addition of other means" because we also want to make it clear that war in itself does not suspend political intercourse or change it into something entirely different. In essentials that intercourse continues, irrespective of the means it employs.

Changing the "by" into "with" completely changes the meaning of Clausewitz's aphorism, making war an overall part of the political process, and not something separate from it.

That, it seems, to me, the Taliban understand – and so do the Pakistanis and other regional players. It is something the colonial British understood, but not their successors or the Americans. While both play lip-service to a political solution, they do tend to treat the military activity as something different and distinct from the political process.

And thereby we find Lord Astor reiterating the reasons why the coalition efforts must fail. On the one hand, the separation of military and political efforts defies sense, failing as it does to recognise the Clausewitz teaching. But, worse still, the flaw is in seeking an "Afghan-led political process", which is still further separated from the military effort.

In the scheme of things, Afghan politics are not played out within the actual borders that none of the players actually recognise, but on a far wider tableau, which takes in the ambitions and aspirations of all the neighbouring states, the former state of Baluchistan (now absorbed into Pakistan and Iran), and of course, the great regional elephant in the room, India.

And that also is nothing particularly new – not on this blog. Unfortunately, the coalition got it wrong from the very start, and it is too late to fix it now.