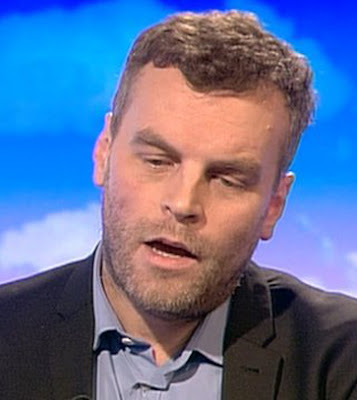 In times gone past, Tim Montgomerie and his little friends over at Conservative Home were the principal cheer leaders for The Boy.

Anyone with but a hint of a disparaging word was definitely not wanted on passage. Links with EUReferendum disappeared from his site and we were cast into outer darkness. A real strain of nastiness emerged. Criticism was treated with savage disdain.

Never mind that Cameron never looked like a Tory. This was all part of a clever ploy to "detoxify" the party and to bring the Lib-Dim voters on board. As soon as he was elected, we were assured, the "true" David Cameron would emerge, more blue than dolly blue.

And now, as the scales begin to fall from his eyes, little Timmy whinges in The Mail on Sunday that things have not exactly gone to plan. "David Cameron's Government is very different from what so many Conservative activists had worked so hard to achieve", we are told.

Six years ago, during the first few weeks of his leadership of the Conservative Party, Timmy observes, he gave a long speech in which he described himself as a "liberal Conservative". He didn't talk about tax or crime or Europe or immigration. He talked about the environment, female candidates, civil liberties and other issues of importance to the Liberal Democrats. And how they all applauded.

At the time, many (including the gullible little Timmy) really did believe that this was "tactical", that Cameron "was attempting to broaden the party's appeal and that underneath he was still a true-blue Tory". But, as time goes by, the little lad now complains – for a fee - "it is clear that the authentic Cameron is the Cameron that laughs and smiles with Nick Clegg in the Downing Street rose garden".

Well, blow me down with a feather. We would never have guessed … er … except that some of us saw right through him from day one, and then made the "mistake" of saying so.

Despite that, we still get little Timmy telling us that, "it's not too late for Cameron to rebuild confidence in his Government and achieve a majority at the next Election – but he must stop appeasing the Liberal Democrats and embrace real Conservatism". "Cameron", says Timmy, "needs to put away the PR man's handbook and his embarrassment over traditional Tory beliefs".

Well, have we got news for you. He ain't going to change – with The Boy, what you see is what you get. There is no "inner Tory", and you are not going to wake up one day and find that he has embraced your ideals. In short, Timmy, do please grow up. After six years of self-delusion, it is about time you realised you've been conned.