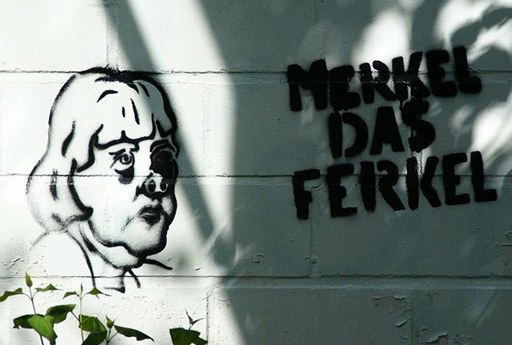 The deal eurozone leaders struck with private holders of Greek government bonds to impose deep cuts to the value of their holdings was "as voluntary as a confession to the Spanish Inquisition", the head of one of Germany’s biggest banks has said.

The comments, via the Financial Times, come from Martin Blessing, chief executive of Commerzbank, on a day that exposed the scale of the damage that Europe's sovereign debt crisis has done to banks' balance sheets.

And therein lies the hidden cost, as we learn that the state-owned RBS has made a loss of £2bn for the fourth quarter, of which losses on Greek government bonds accounted for £224m (€265m).

But executives warned that the trouble in Athens was only one part of a malaise that was forcing them to cut back their balance sheets. "We have reduced the balance sheet of RBS by over £700bn of assets", says Stephen Hester, chief executive of RBS. "That is roughly twice the size of the entire national debt of Greece".

I won't begin to pretend that I know what is going on here, so can only express a rank outsider's perspective, hazarding the comment that, if a bank can write down £700 billion – and the world does not stop spinning – what is the big deal about Greece doing the same with a much smaller sum?

There will be an answer of course, but there are a lot of things about this ongoing crisis that simply do not make sense, and never will. The answer in this case is that I have read it wrongly. RBS has reduced its balance sheet by £700 Billion. It has not written down that amount. It has done this by selling off assets and netting out derivatives. The "real" balance sheet reduction was actually "about £250bn".

But when we see RBS "doubling its loss" to £2 billion as a sign of what Stephen Hester admits is "Alice in Wonderland" accounting - yet still giving its staff £785 million in bonuses" for their "success" - one perhaps can be forgiven for making the odd mistake. At least, in this case, the taxpayer doesn't have to pick up the bill.

It is some very small comfort, therefore, that after my comment on the meaning of the word unprecedented, we see via The Guardian at the end of a convoluted chain, that Angela Merkel has acquired a new expression for her uncertainty in the euro crisis.

For a long time she has been saying that, "one drives with line-of-sight only" (auf Sicht fahren). But currently, she mostly talks about "treading on Virgin Territory" (Neuland betreten). I guess that is a more picturesque way of saying the same thing.

Perhaps of more comfort in an odd sort of a way, we learn that Merkel always stresses that one has to proceed by "trial and error" – according to the graffiti (above), she can't yet have taken flying lessons – see Google translate.

The comfort here comes from the confirmation that one's initial impressions, that our rulers don't really know what they are doing. The worrying thing, though – as The Guardian notes - is that they may be proceeding more on the basis of "error" than "trial". On this at least, we're all in the same boat.