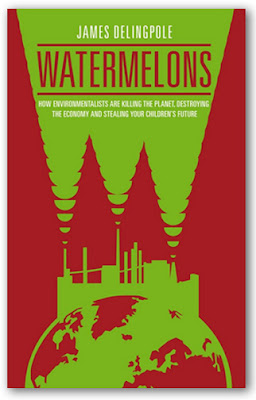 Chapter Six has the intrepid Dellers at the Heartland Institute's Fourth Annual Conference on Climate Change in Chicago - enjoying the lavish hospitality from Big Oil, or so we are led to believe.

He is amongst principled people, he says, several of whom have become his personal heroes. And the last thing he wants to do is make them feel unwanted. Nevertheless, he goes on to attempt just that. It really doesn't matter how many brilliant papers Roy Spencer produces on cloud cover feedback, he writes:


… or how many times that Nils-Axel Mörner proves that sea levels show absolutely no sign of dangerous increase. This is a debate that no sceptic scientist can possibly win, no matter how much apparently overwhelmingly persuasive evidence they produce. That's because the debate was never about "the science" in the first place. It was, is and always will be about politics.

Latterly, this is the theme that I have been pursuing, alongside Autonomous Mind, and one to which Dellers returns in his current blog. But the  text comes from his superb book, Watermelons, which needs to find a space on the bookshelf of everybody who wants to understand how the world works.

The reason it should have such wide appeal is that, while it comes into the category of "global warming", it is in fact an intensely political book. The sub-title tells all, identifying the subject of the book, the threat that is "killing the planet, destroying the economy and stealing your children's future" – the watermellons, a "handful of political activists, green campaigners and voodoo scientists.

As you might imagine, though, Dellers does not pull punches. In his own forthright style, he writes of a green religion, where the core beliefs are "dressed up as a concern for nature and the future of mankind" and rooted in the most bitter misanthropy and direst pessimism. The advocates:


… care little for the human species' myriad achievements, preferring to see our race as a blot on the landscape, a parasite, a disease which threatens the eco-system's otherwise perfect balance and which should at best be reduced by natural means – at worst ruthlessly culled.

In scrutinising the political agenda behind greenery, this is a book that needed to be written, but it is a book that had me cursing the man for writing it so well. As one who reserves such books for bedtime reading, consuming a few pages at a time before drifting off to sleep, he kept me awake for many hours as his riveting narrative made Morpheus an unwelcome guest.

Dellers's deft touch, exhibited throughout the book, takes us through a range of topics, from the nature of scares, a remarkable analysis of the first Climategate scandal, a potted history of the climate change agenda, and the costs of the obsession, to an excellent review of how "the bastards" are getting away with "the biggest and most expensive scientific scandal in history".

If I have a favourite section, though, it is in Chapter Eight, in which Dellers welcomes us to "the New World Order". It takes someone with his writing skills to give the subject just enough gravitas to make his arguments credible, yet confer sufficient lightness to avoid bogging us down in the swamp of conspiracy theory.

He thus romps us through many serious matters, such as the Club of Rome, and its sister organisations, the Club of Budapest and the Club of Madrid, ably writing of "master plans" and the like, without invoking the knee-jerk that has other books flying into the bin.

Keeping it light and humorous is one of Dellers's great skills – and only he could have us contemplating Charlie peeing on the compost heap as an introduction to "sustainable development". Despite this, one is left in no doubt that there are important issues at stake, with the sinister-sounding "Agenda 21" and many other warmist constructs, dragged out, eviscerated and sun dried.

Predictably, after its exposure in The Daily Mail, the book soared to number one in the global warming listings on Amazon, and has remained there ever since, briefly touching double figures in the overall best-seller rankings. As a book suitable for a wide and non-specialist audience, it deserves that ranking, and should become a standard primer on the politics of climate change.