Worse than I thought 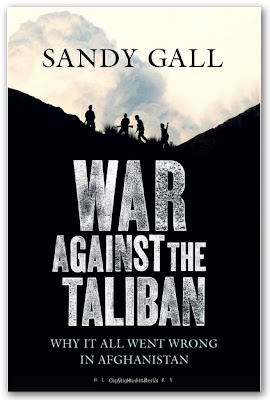 At the end of January, I wrote a review of a review of Sandy Gall's book on Afghanistan, War against the Taliban, a book which purports to tell you "Why it all went wrong in Afghanistan".

I complained at the time that we seemed to be in "he says – she says" territory, where the current idea of writing history is to gather a collection of interviews of leading players and stitch them together to make a narrative.

Having now obtained the book, and read part of it, it strikes me that the volume is even worse than I at first thought. Chapter 15, which purports to tell us of the background to the role of Brown and Blair in the early stages of the war, is a case in point – and only one.

Consulting the references, after having read the chapter, one finds that the narrative is not so much "he says, she says", as "he says". Almost the entire chapter is based on Gen. Dannatt's book, Leading from the front, with 19 separate references. The bulk of the rest is his testimony to the Chilcot inquiry and a few press articles, followed by just over two pages largely based on an interview with Gen Jackson.

Thus, a highly contentious and important part of our history relies primarily, in Sandy Gall's hands, on the testimony of one witness, with a few comments from another. There is not attempt whatsoever to triangulate, to seek the views of other witnesses, or to refer to documentation.

Further, it is not as if either of his witnesses could be considered impartial, or even reliable. And even if they were, the reliance on so few sources can hardly be regarded as a sound approach to writing history. However, what Dannatt and Jackson do have, as does Sandy Gall, is prestige. That, it seems, allows you to get away with writing crap – and get glowing reviews in the Failygraph for it.

I have a feeling I shall return to this theme.