The sins of Harrabin 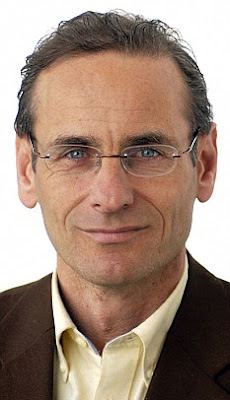 It looks as if the sins of Harrabin are coming back to bite him, this time via the Mail on Sunday. His partisan approach to climate change has long been suspect, not least because of his financial relationship with the University of East Anglia's Tyndall Centre for Climate Change Research to fund seminars run by an "ad hoc" partnership of himself and a friend.

But now, a study devised by Harrabin to test the accuracy of weather forecasts, called the "BBC Weather Test" - estimated to have cost tens of thousands of pounds of licence fee payers' money – seems to be falling apart.

Seven of the eight forecasters and bodies asked to take part have not agreed, with two blaming Mr Harrabin for undermining the study's credibility, claiming that his reputation is tarnished by his close links to green groups who believe in man-made climate change.

Harrabin, though, also has a reputation as an apologist for the Met Office, so he is the last person one could expect to front an independent evaluation of its performance.

Nevertheless, that is how the warmist claque operates, managing criticism by ensuring that performance reviews and inquiries are conducted by friends and allies. But now he is being so comprehensively outed, the lad is looking more than a little fragile. His friends may not be able to salvage his increasingly tattered reputation.

The only surprise is that it has lasted so long.