The dance goes on 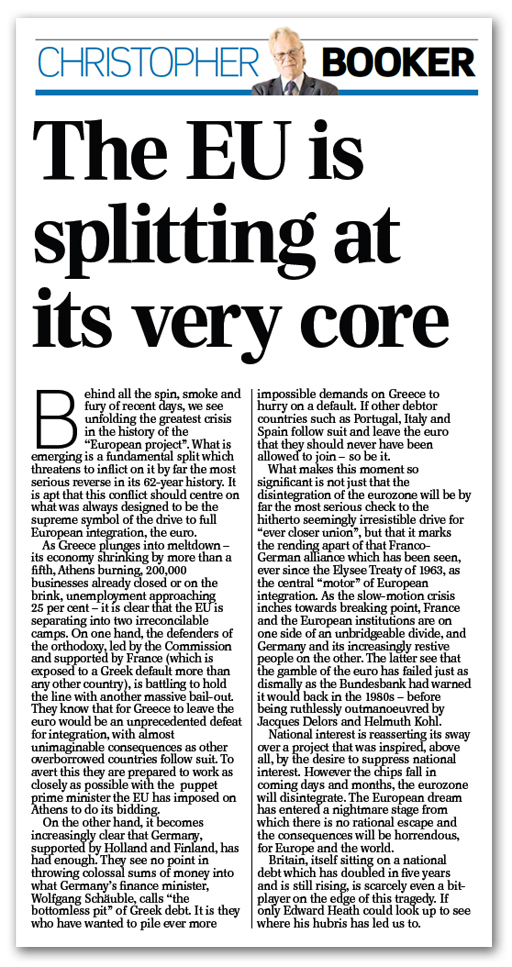 It has been an interesting week, which started with the vote in the Greek parliament in the expectation that the eurozone ministers (the so-called Eurogroup) would meet on the Wednesday to approve the terms of the bailout.

The next day, though, it started to come clear that Merkel was blocking settlement, with the Germans wanting Greece out of the euro. Not least was the relative triviality of the funding gap, which was to become the battlefield. By Tuesday, it was becoming more widely known that there wasn't going to be an immediate decision, and that Greece was being pushed towards the exit.

Wednesday thus saw a conference call instead of the planned meeting, and an appreciation that there were serious tensions building up, with Germany, Finland and Holland pushing for the Greek to withdraw from the euro.

Then, by Thursday, it was out in the open, with Greece's finance minister Evangelos Venizelos making a public complaint that some eurozone countries no longer wanted Greece in the single currency. That, of course, left Merkel in a difficult position, having to deny the very thing that she and her colleagues were trying to achieve. Nevertheless, by the last working day of the week, the situation looks close to final, although there is an extraordinary variance in the tenor of press reports.

By now, there is a fightback going on, with the forces of darkness rallying to keep Greece in the Europe, ending up with the media hopelessly misreading the position, and still indulging in anti-German rhetoric, even though the Germans have made their position clear.

And all of this brings us back to Sunday, with Booker looking back over the week, in his column, to report on how "the European project is splitting apart at the very core".

Behind all the spin, smoke and fury of recent days, we see unfolding the greatest crisis in the history of the "European project", he writes. "What is emerging is a fundamental split which threatens to inflict on it by far the most serious reverse in its 62-year history".

The thesis is nothing new to readers of this blog, but – owing to the inadequacies of the media in general – it will come as news to many of Booker's readers. Thus, a wider audience will get a glimmering of what is really going on, ready for the message to be drowned out in the torrent of ignorance that will assail us in the coming week.

For what it is worth, my guess is that, under enormous pressure and very reluctantly, Germany will approve the bailout at the Eurogroup meeting tomorrow, only then to create further hurdles which Greece will be required to surmount. And thus the dance will go on.