Not even a rounding error 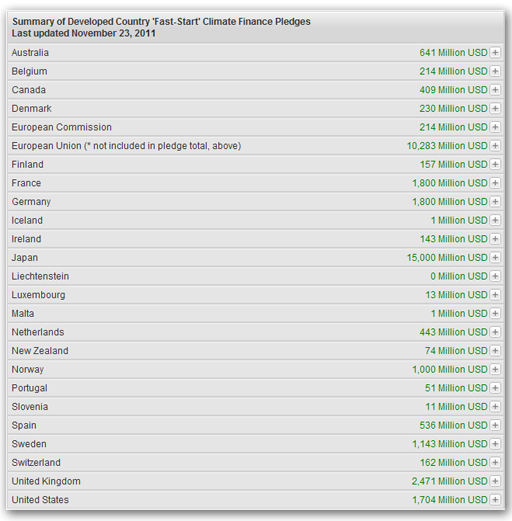 The warmists making such a fuss about the few million dollars funding directed at the Heartland institute might do well to recall the pledge made in Copenhagen in 2009 and the Cancun Agreements of December 2010.

This so-called "fast-start" finance is supposed to help developing countries, particularly the poorest and most vulnerable, mitigate (reduce) their greenhouse gas emissions, and adapt and cope with the effects of climate change.

The money is being monitored by the World Resources Institute, which now lists $28.222 billion in pledges. By far the biggest single country donor is Japan, with $15 billion. The UK comes next with $2.471 billion and third is the United States with $1.704 billion. The EU member states as a whole, with the commission, have pledged $10.283 billion.

Against that sort of funding, the money going to the Heartland Institute is not even a rounding error. What on earth are the warmists worried about?