Tension in the ranks 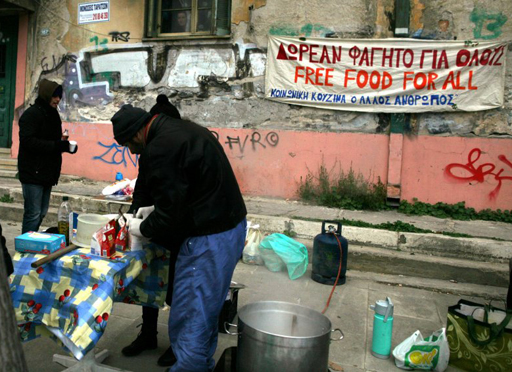 One of the mistakes analysts can make when assessing European politics is to treat the European Union as a monolithic block, or one which is capable of being dominated by any one country – such as Germany. If nothing else, the current crisis clearly demonstrates that neither is the case, with the Financial Times reporting on the tension evident between the commission (as guardian of the treaties) and member states.

Thus we have Olli Rehn, "the Commission's top economics official", warning that there would be "devastating consequences" if Greece defaulted, and pleaded for eurozone governments to approve the bail-out quickly. According to the FT, officials are saying that Rehn has support from the ECB and the French government.

On the other hand, there is a group of eurozone governments, particularly those that retain triple-A credit ratings, that has "lost faith Greece will ever deliver its end of the bargain". Hardline officials in Germany, the Netherlands and Finland, we are told, are increasingly urging a Greek default.

What is interesting here is that, despite the apparent closeness of Merkel and Sarkozy, to the extent that they have been seen as one, under the soubriquet "Merkozy", France and Germany – the motor of integration - seem to be odds over Greek default.

This positions the commission as "piggy in the middle". Its primary objective is to maintain the integrity of the eurozone. More particularly, it is desperate to keep the "bicycle" moving – the oft' used analogy for progress towards full political integration. The moment the bicycle stops, so theory holds, the rider falls off.

For all its powers though, the commission must doff its cap to the two principal players, France and Germany, and when they are at odds, the power of the community as a whole is weakened. And that is happening just at a time when unified, co-ordinated action is needed.

The commission is only too well aware, though, of the psychological significance of a country departing from the eurozone.

The dynamics of European political integration have been sustained more than anything by one word: "inevitability". In Thatcher's time it became "TINA" – there is no alternative – but that amounted to the same thing. Greece falling out of the euro will destroy the myth of inevitability and signal the start of the decline of the EU, towards its eventual collapse.

And that is actually why the impending default of Greece - followed by its departure from the euro – is (or should be) the top news item. Whatever the outcome, we are seeing history made.

COMMENT: "NO TURNING BACK" THREAD
Posted by Richard at 10:50