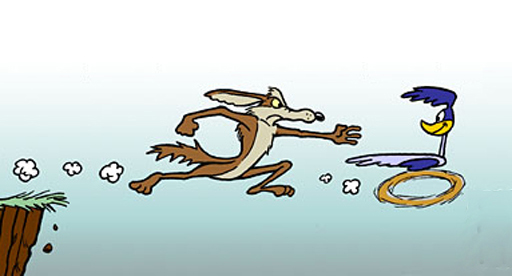 Banks today grabbed €530 billion at the ECB's second offering of cheap three-year funds, fuelling expectations that credit will flow to businesses and borrowing costs will ease for governments hit by the euro zone crisis. This is what Reuters tells us, adding that, in the space of two months, the ECB has now injected more than a trillion euros into the financial system, banishing the threat of a credit crunch.

Ambrose has a different take. He thinks the ECB is "twisting itself in knots" by bailing out Club Med sovereigns very inefficiently through the back-door via the banks.

He offers the alternative of "engaging in transparent, plain-vanilla open-market … that is to say by purchasing bonds directly from the non-banks and injecting a blast of stimulus into the real economy", but he does acknowledge that it is a "game changer for the South", heading off the near-certain disaster that was unfolding before Mario Draghi took over the European Central Bank.

Nevertheless, Ambrose complains of "utter confusion, massive distortions of the European credit market, and a naked breach of the no-bailout clause of the Lisbon Treaty". What they [the ECB] are doing is basically illegal as well as clumsy. And all this to pretend to the Germans – and to themselves – that they are not doing QE.

It is better than doing nothing, though, Ambrose concedes, which perhaps illustrates the depth of the crisis engulfing us. ZeroHedge and spells it out, and it isn't pretty.

Crucially, though, the exercise is buying time. This is admitted by Michael Kemmer, managing director of Germany's BdB banking association. "With the ECB's supporting measures time is being won" he says. "But", he adds, "these measures can neither replace a functioning interbanking market nor solve the debt crisis".

Reuters more or less agrees, stating: "The strategy has sucked much of the heat out of the eurozone crisis and given governments time to work out sustainable budget and growth policies for affected countries on the periphery of the bloc". That latter sentiment is BS, but it may just see the "colleagues" through the summer.