If we have to give aid 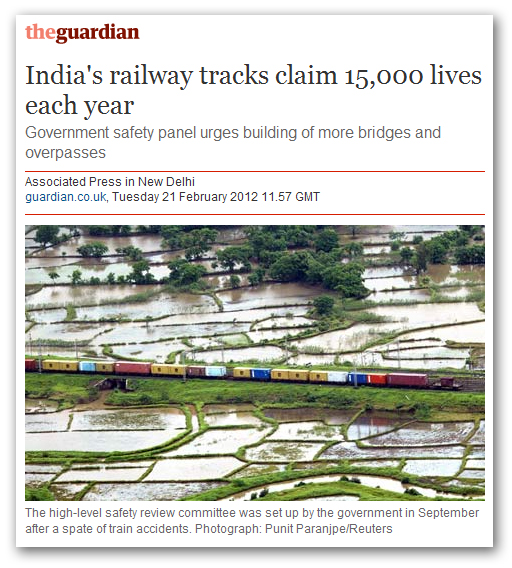 … would it not be better to spend it on issues which could make a real difference? Although not advocating that we should give any money at all to India, the money spent on climate change could perhaps be diverted to rail safety, dealing with a real rather than imagined problem.

Thus, recalling the piece last Sunday, where it was reported that £3.5 billion of public money has been paid out or allocated to projects addressing climate change abroad since 2007-08, we now stumble on the UK's International Climate Fund (ICF).

Worth £2.9 billion, provided via DFID (£1.8bn), DECC (£1bn) and Defra (£100m) (the latter with respect to forestry finance), the High Commission in India proudly boasts that a billion has already been spent (see below). 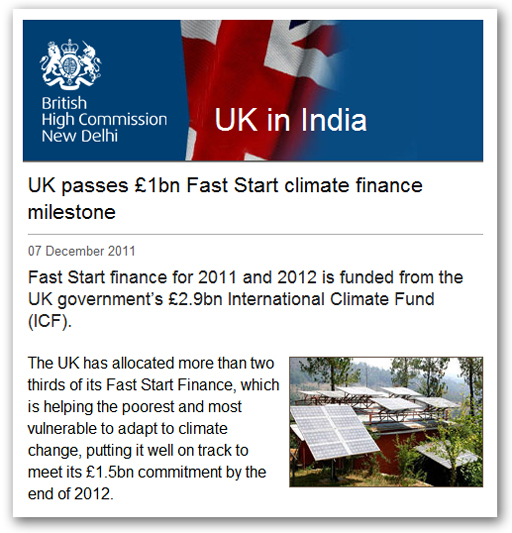 This would include – or so it appears - the UK's Advocacy Fund, launched on 6 September 2011, incorporating "a £10 million climate window" that will help strengthen the voice of the poorest countries in international climate negotiations.

The interesting thing here is that, had an Anonymous Donor given £10 million to the Heartland Institute for a "climate window", the warmists would be squealing blue murder. But when it is part of a £2.9 billion climate package, expropriated from hard-pressed British taxpayers, they are strangely silent.

Whatever the warmists might think, though, it would very much appear that the UK aid programme does not stand up to any serious scrutiny. There might be less opposition if the money was spent on serious, life-saving issues. But when it is being frittered away on nebulous issues such as climate advocacy, it is difficult to see how any of it can be justified.