Was this a factor? 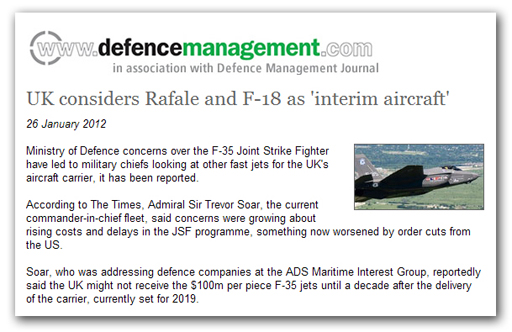 I missed this at the time, although it is quite recent (and subsequently denied). One wonders, though, if it was a factor in the Indian decision to give "preferred bidder" status to Dassault and its Rafale. After all, what is good for the Royal Navy (and possibly even the RAF) has to be good enough for the Indian Air Force.

By now though, it takes little to imagine the storm of protest that would ensure if the British government went to the Kermits for their hardware. I should think that, if the F-35 does "bomb", the F-18 now has a better chance.