Another "cast iron" bites the dust 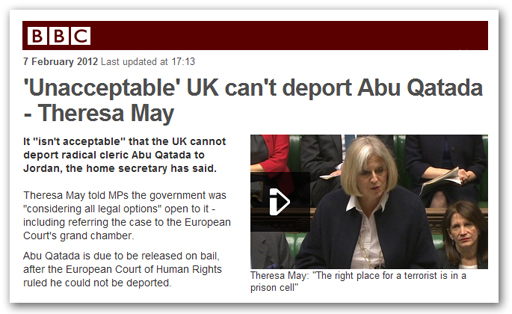 There was outrage in the House yesterday when Theresa May was called to make a statement on the release of Abu Qatada.

Mrs May told MPs that Abu Qatada posed a "serious" risk to Britain's national security - and successive governments, since 2001, had tried to deport him. The House of Lords had agreed he could be deported - but despite that, the European Court of Human Rights had ruled against his deportation, on the grounds it would violate his right to a fair trial.

So, whatever happened to The Boy's promise to repeal the Human Rights Act? This is another of those "cast iron" promises that seem to be going nowhere very fast. But it looked so good at the time … 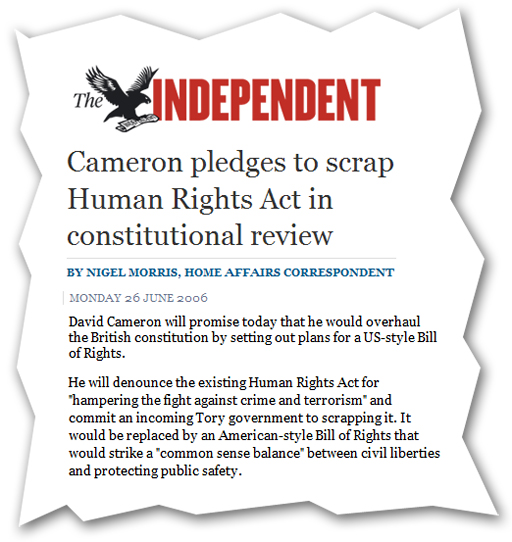 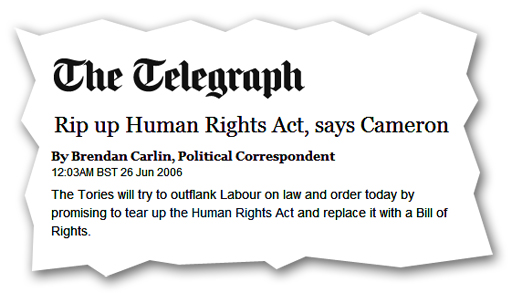 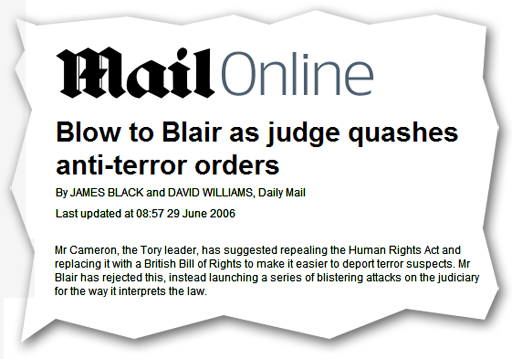 Is it any wonder that politicians are no longer trusted, and regarded with such contempt?