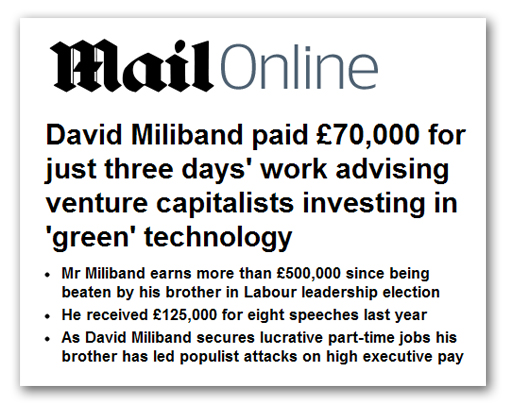 If Moonbat wants to trouble himself about undue influence, why isn't he worried about this? It cannot be right that an elected politicians – with a salary and expenses from the public purse - is so egregiously enriching himself.

But this is not any politician, but a senior Labour man - David Miliband MP. He earned, we are told, earned "a staggering £20,000 a day as an adviser for a company investing in green technology", and was paid £70,000 for just three-and-a-half days spent working for VantagePoint CleanTech in California - part of his £90,000+ annual fee.

The post with the American venture capitalists is the latest in a series of lucrative part-time positions Mr Miliband has taken up since being beaten by his brother in the Labour leadership contest. 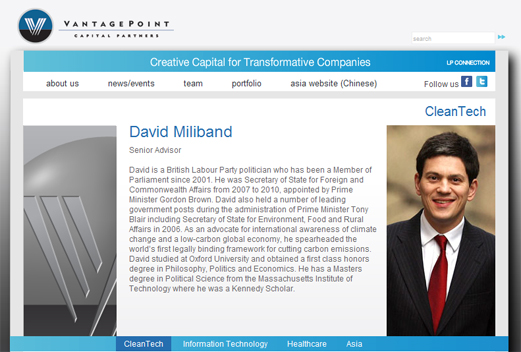 And these are the sort of people with whom Miliband is associating – including Alan E. Salzman. That is the man who has served as Finance Chair of the World Business Summit on Climate Change. Miliband is taking his money as a "senior advisor", a smiling addition to the company website.

This is wrong … very, very wrong.