If little Simon Lewis had kept his mouth shut, "Amazongate" would probably have become just a folk memory. But, with The Sunday Times being bounced into an unwise retraction and Moonbat going into screech mode, the effect has been to resurrect the issue. But now, the blogs have awakened ... 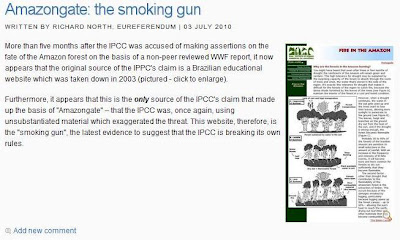 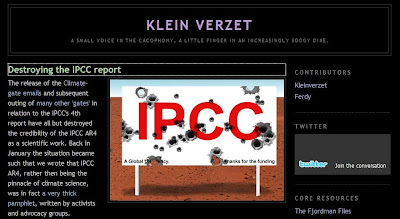 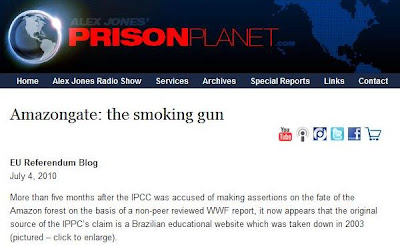 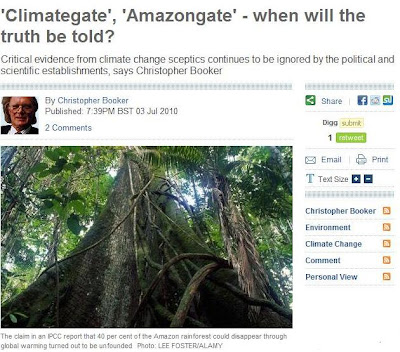 In each case, click the pic to go to the respective pieces, the last one - obviously not being a blog ... although Booker is a sort of honorary blog. His piece asks "'Climategate', 'Amazongate' - when will the truth be told?", noting that critical evidence from climate change sceptics continues to be ignored by the political and scientific establishments.

His main piece on the column today is about state sponsored kidnap, with the SS stealing children. A truly ghastly state of affairs - it is about time MPs were brought in to do their jobs on this.

Booker will be back big time with "Amazongate" next week - or, at least, that's the plan at the moment. And then watch Moonbat squirm.