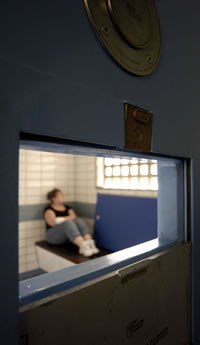 Nothing changes. There are still those poor deluded fools who think that, just because we have had a general election, we got a new government. But, as we kept saying, time and time again, the faces may change, but the laws go on just the same - given to us courtesy of our masters in Brussels.

Thus we see the report that little Georgie Osborne has announced that landfill tax will increase every year, making it even more expensive for councils to dispose of rubbish in holes in the ground. Now Gary Porter, chairman of the LGA Environment Board, tells us that the combination of the landfill tax and the fines from the EU, for not meeting our targets (despite the landfill tax) will add £50 to the average council tax bill every year.

You can rob a granny, rip-off the local supermarket or beat up a completely innocent stranger in the street, and you won't go to prison. But, even if you are a guiltless, 70-year-old pensioner, if you don't pay the slime, you go to jail. You don't pass go and the pathetic excuse for the magistrates (Justices of the Peace, they used to call them – what a joke), wring their hands and bleat "we don't have any option."

This system makes a mockery of democracy, accountability and even the idea that we are free men and women. If you think about it - and so few do because it takes them out of their comfort zone - it reverses the fundamental relationship between the person and the state. As property owners or occupiers, we are free only so long as we pay a license fee to the slime each year. Effectively, with that annual payment, we buy our freedom. This is not freedom by any commonly-held measure. The very idea that we live in a "free" country is nothing more than a sick joke.

And at the top of this vile, putrid, festering, stinking dung heap of a system is little Georgie and his boss David Boy Cameron, he who thinks we should be in Europe and not ruled by Europe. One would like to take his landfill tax and do unspeakable things to his person with it, especially – as Witterings from Witney points out - the Boy seems intent on taking us for fools.

One day, we will destroy this vile creation – or our successors will. It is only a matter of time. You can count on it. History tells us that the worm always turns. I just hope I'm around to enjoy the moment.