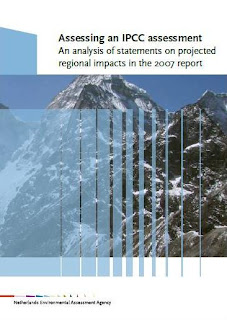 A Dutch inquiry into the IPCC's Fourth Assessment Report has produced its own report which has found "no errors that would undermine the main conclusions" on probable impacts of climate change. This is the Netherlands Environmental Assessment Agency (PBL), which was asked by the Dutch parliament to carry out an inquiry after two mistakes were identified in the IPCC's 2007 report.

The Agency is a temple to warmism. One of its departmental directors is Dr Joop Oude Lohuis, a strong advocate of the Pachauri doctrine of eating less meat to avoid climate change, while one of the authors to this report, Bart Strengers, is also an IPCC contributor. It is about as tainted as it is possible to be - and it shows.

Addressing the "Amazongate" issue, it immediately brands is own analysis a "minor comment", offering a truncated version of the IPCC quote, without in any way indicating that it has been shortened. It correctly identifies the statement (or fragment thereof) as based on Rowell and Moore (2000), but then, amazingly, claims this to be a "peer-reviewed report" by the World Wide Fund for Nature and the International Union for Conservation of Nature (WWF/IUCN).

Despite the WWF itself then admitting to the "correct citation" to an IPAM "report" having been accidentally left out, the PBL report then falsely attributes the source of the WWF material to Nepstad et al. (1999) (in Nature). It thus, has not even acknowledged the WWF statement which noted that in the absence of a reference to the IPAM report, "readers assumed incorrectly that the source was a 1999 Nature article cited two sentences later."

Now we have the PBL also "assuming incorrectly" exactly the same thing, even though it is supposed to have conducted an official inquiry which should have picked up such details. Instead, it opines that, "In our opinion, both documents were not the most obvious choice of reference in this case, as their focus is on forest fires (and logging)."

In this way, the report has missed crucial evidence and completely skirted the central issue. It thus makes no judgement that the IPCC claim was unsupported, referenced only to a non-peer reviewed WWF report and completely misses the fact that the relevant part is actually unreferenced and only latterly, attributed to a claim on a now-defunct educational website.

Instead, pathetically, all the PBL offers is: "More adequate peer-reviewed, scientific journal literature would have been available to support this statement, such as Cox et al. (2000; 2004)" - neither of which papers actually support the assertion that 40% of the Amazonian forest "could react drastically to even a slight reduction in precipitation." 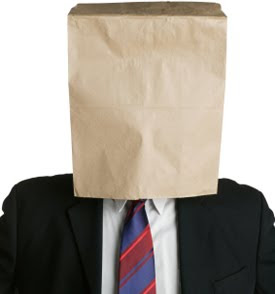 As whitewashes go, against considerable competition, this breaks new ground in superficiality and distortion. But it is quite enough for the BBC's Richard Black. He is now a happy man as his uncritical review joyfully reminds us that the Sunday Times "was recently forced to apologise for claiming that IPCC projections on die-back of the Amazon rainforest were unsubstantiated."

It is interesting how so-called "informed" reporters like Black cut themselves off from the mainstream in order to make such fatuous comments, as this has been all over Google ever since we published the source of the IPCC's claim on the Amazon. With even the most simple of searches, he could not have missed it.

Black, however, is in a fantasy world of his own creation. Writing in his own blog, he blithely discerns a "pattern":

An apparent scandal is unveiled that threatens to rock climate science to its very core, a scandal that usually ends in the suffix "-gate". Himalaya, Amazon, and Climate itself are just three of the stems that have borne the suffix in recent months. Sections of the blogosphere then erupt with claims of deception, malpractice, political machinations and even fraud.

Later, a more sober analysis by some body of learned men and women tends to turn that view on its head, concluding - in summary - that while there may be lessons to be learned, the science of human-induced climate change is not rotten at its core - in fact, it is in pretty good health.

Demonstrating his wafer-thin grip on reality, he then solemnly asserts that: "The latest in this series of sober analyses is the investigation by the Dutch Environmental Assessment Agency (PBL)."

Closer to the real world, we have "discovered" a photograph of the chairman of the PBL studying the evidence on the IPCC's errors, using a vital piece of equipment which he was then to pass along to Mr Black (above right). But even if paper bags are not actually used, the virtual equivalent is very much in play, ensuring that nothing of significance is seen by this "august" body.

This is how they line themselves up for their inevitable fall. Thus equipped, they cannot see it coming.