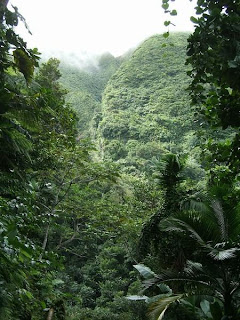 As a self-proclaimed climate activist and campaigner for sustainability and all things green, it is rather bizarre that Joe Romm should wax indignant about Tata Steel.

There was a time when industrial corporates such as Tata, serial polluters and despoilers of the land, automatically attracted the ire of the Greens. But, compared with Booker and "the anti-science blogger" North, such corporates are maligned saints, alongside Rajendra Pachauri, who has been so foully "smeared" by us.

And so fixated is Romm by the "Amazongate" story, and equally convinced that it is "shameful and bogus", that he cannot imagine why any newspaper, even a fairly disreputable anti-science one, would rely on my work, "which has now contributed to embarrassing retractions and apologies."

Romm, as one might expect, is not alone amongst the ranks of warmists who seem to revel in their own ignorance and prejudices. They just can't cope with the truth. For instance, this one not untypically declares:

Clearly it doesn't matter that the poorly-dubbed "Amazongate" claims – that the Intergovernmental Panel on Climate Change had misrepresented research on warming impacts on the Amazon rainforest – turned out to be completely baseless, that the IPCC was entirely correct, and that the story was subsequently withdrawn with an apology by the UK Sunday Times; in the world of the climate denier, it lives on as if it were all true.

The charge that the "Amazongate" claims are "completely baseless" can, of course, only survive in the context of wilful ignorance. Such are the wonder of Google and other search machines that it is simplicity itself to check the state of play before making such claims.

But, as with George Monbiot who could not bring himself properly to examine the evidence, leading him to make the unfounded charge that "Amazongate" relied on a mistaken view of the Rowell and Moore text, these people so often shut themselves off the debate in order to sustain their viewpoints.

Alarmingly, we see it right across the board, even in such august publications as the Economist, which ponderously examines the recent Dutch evaluation of the IPCC's report, without once mentioning "Amazongate". With blinkers firmly in place, thus are the warmists able to focus on their destination without being distracted by conflicting evidence.

Each place we look, we see the same identikit arguments, the same narrative. They even use the same links to the same limited warmist sources, coming to the same conclusions, all relying on a narrowness of vision and a rigorous exclusion of unwanted evidence.

One has to go to the saner realms of Watts up with that and his more detailed post to realise how off the wall these people are. It is there, rather than in the warmist tracts, that we find the Max Planck Institute suggesting that tropical vegetation is far less reliant on rainfall than has been supposed, its press release telling us:

From a global point of view, however, water is the factor which has the strongest effect: over 40 percent of Earth's vegetated surface plants photosynthesize more when the supply of water increases, and less during droughts. In temperate grasslands and shrublands, the amount of carbon dioxide which plants fix as sugar depends to 69 percent on their water supply, in the tropical rain forest this figure is only 29 percent.

The researchers call the amount of carbon dioxide which ecosystems annually take up primary production. "We were surprised to find that the primary production in the tropics is not so strongly dependent on the amount of rain," says Markus Reichstein. "Here, too, we need to therefore critically scrutinize the forecasts of some climate models which predict the Amazon will die as the world gets drier."

We did not need that to tell us that the warmists have been grossly exaggerating the effects of climate on the Amazon, with the biggest threats to the forest being human intervention, through logging, clearance for farming and the rest. But this is another piece of the mosaic which supports that contention.

That the warmists have been playing fast and loose with the science, however, comes as no surprise and another piece of that mosaic is supplied by the American Thinker. It describes a scenario which indicates that Andy Rowell, the lead author of the WWF report on which the IPCC relied for its Amazon claim, has "form" when it comes to rather vague referencing of his work.

Further, it would appear that Rowell is less than impressed with the need for peer review, regarding it as an undesirable restraint to promulgating activist views. That perhaps explains why he is happy to go to print himself without bothering with such restraints.

Unsurprisingly, the WWF, which hired the man to write its report, was less than happy with his description as a green campaigner with "little scientific expertise", but now seems perfectly content with the description, "experienced environmental journalist", as if that was sufficient to qualify him to offer evidence to the IPCC. But then, this is an organisation which is turning lying into an art form.