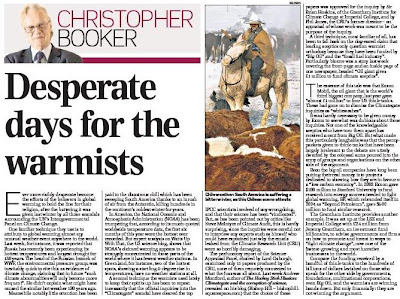 "Ever more risibly desperate become the efforts of the believers in global warming to hold the line for their religion, after the battering it was given last winter by all those scandals surrounding the UN's IPCC." So writes Booker in his column which, to some, may seem curiously flat when it comes to naming names.

The column is thus the first instalment for the day. We expect to publish a guest post here, from Booker, later today.