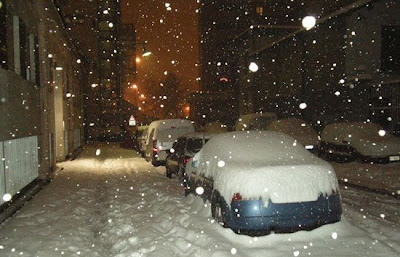 Mongolia, the dzud and not a mention of global warming – that's The Guardian for you, telling us that temperatures fell to -50°C and thick snow buried the grass.

This was the story we covered earlier in the year. By the time it finally melted in May, nearly 9,000 families had seen their entire herds freeze or starve to death. Another 33,000 lost half their livestock. Almost 10m cattle, sheep, goats, horses, yaks and camels have died, a fifth of the country's total, at a cost of £250m.

Now it is the turn of South America to suffer unusual cold, if by no means as severe. But, according to recent reports, at least 175 people have died in the coldest winter in recent years, officials in six affected countries are saying.

The cold has been worst in southern Peru, where temperatures in higher altitudes of the Andes dropped to -23°C. Since the beginning of last week there, 112 people have died of hypothermia and flu. Argentina recorded the coldest temperatures in ten years. Sixteen people froze to death and 11 died of carbon monoxide poisoning due to faulty heaters.

In Bolivia, 18 people died, in Paraguay five and two each in Chile – where heavy snow has been seen (pictured) - and Uruguay. Nine people died of the cold in southern Brazil. Thousands of cattle also froze to death on their pastures in Paraguay and Brazil. There are no stables for the animals as temperatures usually do not drop that low.

Several regions in Bolivia and Peru closed schools until the end of the week and larger cities opened emergency shelters for homeless people.

Electricity and gas networks are operating at capacity limits in many of the affected regions. Argentina reported natural gas shortages in several provinces. The poorest population groups are worst affected by the cold spell with their homes poorly equipped to deal with the cold, lack of heating and access to health care.

While Britain is set to suffer a shortage of green vegetables because of the dry summer (although not here in Yorkshire), in central and southern Chile it is the intensely cold weather that has hit fruit and vegetable farms. Production is expected to drop sharply and there has already been a 20 percent rise in fruit and vegetable prices.

The problem is a polar air mass which is settling over the region, now causing rare snowfall in the Buenos Aires province. People in downtown Buenos Aires City bundled up against the cold as temperatures ducked down near freezing.

Essentially, the whole of the Southern Cone is trapped, and now thousands of livestock have died.

Meanwhile, there is a heatwave in parts of Russia, and the worst drought in more than a century. In Moscow, it's hotter than in European and African resorts. The heat has caused asphalt to melt, boosted sales of air conditioners, ventilators, ice cream and beverages, and pushed grain prices up.

"So what was it down to 130 years ago?" asks one of my readers. Well, then it was weather. Now it is weather. It don't mean nuffink. I really am getting tired and terribly bored with these tea-leaf readers who seem to be making up temperatures as they go along in order to discern trends out of random noise. We really should not take them seriously.