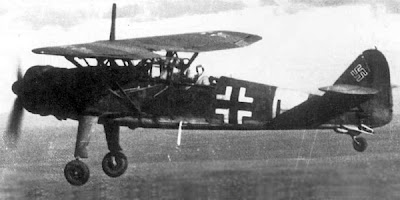 The weather is not - as we recall the myth of 70 years ago – part the long hot summer. There is occasional rain in southern districts and the Straits of Dover are cloudy. It is generally cool. Nevertheless, flying conditions are better than they have been of late and at about 0930 a force of some 30 Luftwaffe aircraft assemble behind Calais and fly towards Deal.

Despite that, for reasons unexplained, an attack on a convoy does not develop. One fighter squadron is operating off Deal and two other squadrons are patrolling nearby as reserves. Interception takes place under cloudy conditions. No enemy aircraft are brought down but a Spitfire of No. 610 Squadron goes missing. Enemy aircraft bomb a coastguard station and sink the East Goodwin Light Vessel.

Read more on DAYS OF GLORY
Posted by Richard at 21:28