Bit more than a headache 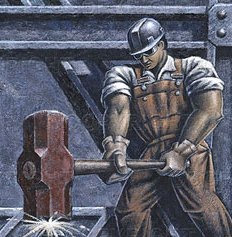 Under the headline, "Europe's €30 trillion headache", Ambrose Evans-Pritchard tells us that European banks have amassed €30 trillion in liabilities.

This is according to a new report by Standard & Poor's, which says that the banks face a serious funding threat over the next two years as authorities withdraw emergency support.

We have now developed a situation where banks are at risk of a vicious circle as sovereign debt fears and financial stress feed off each other.

"Banking sector woes are eroding sovereign credit-worthiness, which is in turn reducing the real and perceived capacity of governments to support weak banks," says S&P. The EU's €750bn "shock and awe" rescue has gained time but not conjured away underlying concerns about the fiscal health of the EU states themselves.

In passing, do I recall the Chinese saying something which did not exactly contradict this?

Either way, this strikes me as being a little more than a headache ... unless you are talking about the sort of pain felt when an unprotected head meets a fast-moving sledgehammer. But at least that is quick.