Bills up by a third 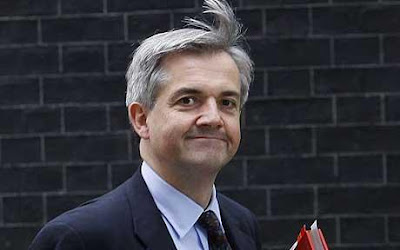 Householders face a £300-a-year rise in their gas and electricity bills and significant cuts in how much energy they use if Britain is to "keep the lights on" and meet its climate change targets, the "Government" has said. Actually, this is that fool Huhne, who has said people would have to make "ambitious" cuts in their own consumption.

So, what he is proposing is that we should use less electricity and pay substantially more for it, ending up with higher bills despite cutting consumption. As a motivational message, this is little short of moronic, although we've stopped wondering what these people do for brains.

The worst of it is that Huhne is almost certainly under-estimating the costs. Earlier estimates have gone as high as £5,000 a year for our energy bills.

There is a third element here, as well. Even though we are set for higher costs, and reduced consumption, at this rate we will almost certainly have power cuts as well. Huhne's grasp of the electricity supply industry makes this almost a certainty.

And, run not away with the idea that this is a maverick minister, indulging in his own free-lance fantasy. This fatuous policy very much has the support of The Boy, who is seemingly happy to drive the entire population into fuel poverty.

We appreciate that there was not much choice at the last general election – but choice there was. One trusts now that those who thought a vote for Dave or his minions a good idea are fully appraised of their foolishness.