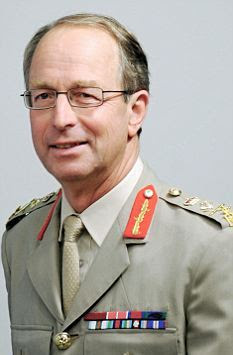 "In many respects I think we've been more successful than I anticipated … Not only has Nato unequivocally proved it can fight but actually, militarily, it has defeated the Taliban." So said General David Richards, in February 2007, as he passed command of Nato forces in Afghanistan from the British Army to his American successor, General Dan McNeil.

This is the same Gen Richards who has been appointed CDS. Col Richard Kemp, who commanded British troops in Afghanistan in 2003, said his role for Cameron will be as important as Winston Churchill's wartime chief, General Sir Alan Brooke. "To have a soldier who has the operational experience, particularly in Afghanistan, will make all the difference."

Well, those three years ago - and some months - he had not made that much of a difference. I was writing that we needed a little bit a realism. In short, I said, we need to be worrying that, in the next few, crucial months of the Afghan campaign, we could very well have an unacceptable number of dead armed forces.

That was in this piece here, which is worth another read. And when you have looked at it, please tell me that, with Richards as CDS, we are in good hands, and that we are really going to see a difference?

So far, it does not look good. The attack this week, reports the Montreal Gazette, on a major Afghan police base in Kandahar that killed nine — including three American soldiers — was the best planned and most advanced that US soldiers who fought it off have seen in the past year, US military officials said Thursday.

"It was definitely well-planned and co-ordinated much better than anything we've seen before," said Capt. Steven J Davis of Lansing, Mich., as US and Afghan forces worked to repair the damage.

Not bad for a force that has been defeated militarily.