No news is the news 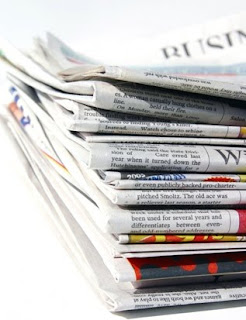 Many times in this blog we have noted that the real news is the stuff not being published by the MSM. Now, on the "climate change" front, that has never been more true. The silence speaks volumes.

That particular silence is the one that attends the publication of the Booker column on 11 July, revealing to the world that the IPCC did after all have feet of clay in its claims on the Amazon, with the source of "Amazongate" finally traced to a Brazilian website.

When you get an "exclusive" like that – especially as the original Amazongate story was rather high profile – other newspapers and news agencies tend to pile in and lift the story. This time, though, with only very few exceptions, there has been silence.

One of those exceptions was Lawrence Solomon in The National Post, who saw in the revelations the first test of the IPCC in a new post-Climategate era of openness and accountability that many seemed to be talking about. This, however, was even then a forlorn hope. The retraction on 20 June by The Sunday Times of its Amazongate story had already been hailed as a major victory by the warmists, who were set on exploiting it.

Something of this can be seen from the WWF press release which had Keith Allott, head of climate change (there's glory for you) declaring that it " ... hopefully indicates that after a period of some hysteria, balance and consideration is being restored to the media's reporting of climate science."

In fact, there was more expectation than hope. Led by the WWF, the warmists embarked on a sharply focused campaign against many of the newspapers which had written about Amazongate, demanding that they followed The Sunday Times lead and retracted their own stories.

Under this pressure, not a few editors were beginning to wilt, especially as there were hints of further PCC references. Booker's story, therefore, could not have come at a worse time. Although no newspapers have yet followed suit, it was noted and, at the very least, stopped the rot. No other newspaper has retracted its story.

Quite how finely poised the pendulum is now can be seen by the continuing silence. At the beginning of this week, a major international newspaper was to have published a piece calling for the retraction of The Sunday Times retraction, but internal politics have kept it off the pages so far.

Interestingly, the silence also comes at a time when not only has the IPCC case on the Amazon been trashed but also, on the eve of the publication of a new tranche of research papers which seriously undermine the doom-laden scenarios promulgated by the warmists.

Just one of those, in the coming edition of New Phytologist, puts loss of the forest at a mere six percent. This is a paper by Marina Hirota et al on "The climatic sensitivity of the forest, savanna and forest–savanna transition in tropical South America." With this, the re-evaluation of earlier papers and the emergence of some which have been little-cited, the warmists' case has never been weaker. This makes the silence even more deafening,