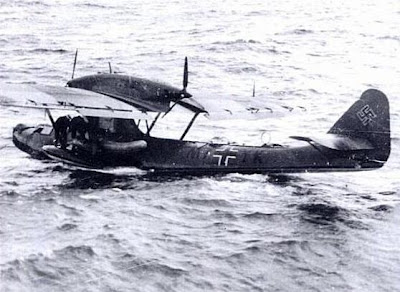 The weather early on this Tuesday yielded a slight haze in the Straits of Dover. Winds remained light in the Channel. It was showery with bright intervals in most other areas.

The Luftwaffe concentrated its attacks on a convoy codenamed "Pilot" which was steaming off the Lincolnshire coast. Two raiders were shot down by fighters. In the mid-afternoon, a lone Dornier dropped bombs on the old airship hanger at at Pulham and another attempted to bomb the Vickers Armstrong aircraft factory at Weighbridge, taking advantage of low cloud. Its bombs fell on the edge of the landing strip, missing the factory.

Pity the causal researcher though ...

Read more on DAYS OF GLORY
Posted by Richard at 16:33