Careers for the stupid 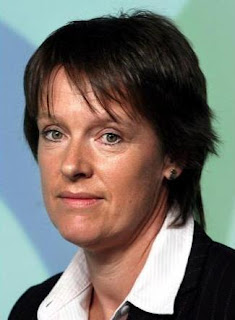 Melanie Phillips doesn't seem to like Baroness Ashton. The "way in which she was appointed to her £270,000-a-year post and her subsequent performance in office have provided a veritable parable of the cavorting caravan of the contemptuous and the contemptible that is the EU," she writes.

Interestingly, her piece gets 22 comments. The fatuous Spelman and her comments on burkas gets 367 (so far). And it's easy to jump on the band wagon and dismiss this woman as stupid ... but it has always been very obviously the case that this woman has been struggling with her brain cell count for an awful long time ... yet she still gets promoted! The woman really is seriously thick.

We do have an interesting phenomenon here. How is it that stupid people are so attracted to politics, and why is it that they do so well? Perhaps the second question answers the first, as politics certainly does seem to be one of those few callings where (like the military) stupidity seems to be a career asset. The thicker you are, the higher you tend to go.