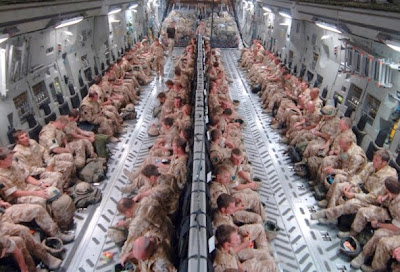 Another two Brits have been killed in Helmand. One was a Royal Marine and the other was a trooper from the Royal Dragoon Guards.

The Marine was on foot patrol in the Sangin district, while the Trooper was a member of the Brigade Reconnaissance Force, part of a dismounted patrol that was providing security to enable new roads and security bases to be constructed to the north-east of Gereshk. Both succumbed to IEDs.

This brings total British military deaths in Afghanistan to 320, less than a month after the three-century milestone had been reached. That puts the current annual death rate at close to 280 and makes it highly probable that the figure of 400 will be reached before the end of the year – unless there in a dramatic change in operational tempo.

In due course, there will be another street exhibition in Wooton Basset, and we are not alone in wondering whether the displays here are getting out of hand. What happened, for instance, to quiet dignity and the famous British "stiff upper lip"?

Moreover, while it is always tragic to see lives cut short, the campaign in Afghanistan has been going on long enough for soldiers to know what they are letting themselves in for. They either joined the armed forces in that knowledge or have not sought to remove themselves from harm's way.

Either way, the Army and the top brass do not seem to be mightily concerned about the losses, otherwise they might be doing something to prevent them, instead of indulging in back-covering propaganda. One does wish, therefore, that the Army spokesman would learn some new lines to go on the press releases when fatalities are announced.

Of the latest casualty, "... tragically he was struck by an explosion," says Lt-Col James Carr-Smith. "His courage, sacrifice and selfless commitment will never be forgotten." But of course it will. If he has any next of kin in Army quarters, the papers for eviction are already being prepared. The pay termination notice applied before even the body was cool.

We need to be a little bit more honest here, and call these men what they are – cannon fodder. Whatever their personal delusions, they are only dying to provide Mr Cameron and Dr Fox with the time to work out a suitable face-saving formula to cover their political embarrassment at announcing a defeat. That honesty might focus a few minds and get us out a little faster.

The pic shows soldiers en route to Afghanistan on the last roulement, in the belly of a C-17. More than three times the number visible will have returned in coffins by the end of the year. At least they get a little more space on the way back, and a car to meet them at the airport.