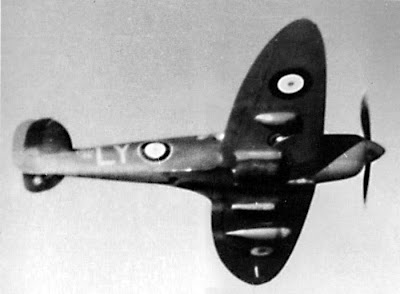 A little known but vital part of the Battle of Britain was the RAF's reconnaissance effort. And, by the time the Luftwaffe was conducting operations across the Channel, the RAF was operating a variety of types, including Spitfire Mk 1Cs (pictured). This specially modified aircraft had cameras in the blister under the starboard wing. The port blister held extra fuel.

That there came to be this capability is almost a matter of accident, and certainly not through any great enthusiasm of the RAF, which disliked specialist units and men. Initially, therefore, before the official start of hostilities, the Secret Intelligence Service (MI6) working with the French commissioned the Australian Sidney Cotton to fly clandestine photographic surveillance missions using Cotton's Aircraft Operating Company based at Heston airfield.

Cotton's company was formally taken over by the RAF in September 1939, the secret Flight at Heston became No 2 Camouflage Unit. Cotton (pictured) was given a commissioned rank of Squadron Leader with the acting rank of Wing Commander. He then went on to fight for the best he could obtain from the Air Ministry in both equipment and men. 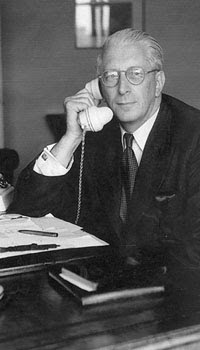 In a period of 12 months, Cotton revolutionised the role of photographic reconnaissance in the RAF. Sadly, the Air Ministry in their minds could see that Cotton's Unit was becoming his own private air force, "Cotton's Circus" it has been called, so on the 16 June 1940 Cotton was handed a letter stating that he had been dismissed as OC of the Unit and it was being placed under the command of C-in-C Coastal Commander with Wing Commander G W Tuttle appointed has the new CO.

The specialist Spitfires came into being after Flying Officer Maurice Longbottom, inspired by Sidney Cotton, filed in August 1939 a memorandum on Photographic Reconnaissance of Enemy Territory in War with RAF Headquarters. Longbottom advocated that airborne reconnaissance would be a task better suited to fast, small aircraft which would use their speed and high service ceiling to avoid detection and interception.

As a result of a meeting with Dowding, two Spitfires, N3069 and N3071, were released and sent to the "Heston Flight", a highly secret reconnaissance unit under the command of Cotton. These two Spitfires were "Cottonised" by stripping out the armament and radio-transmitters.

After filling the empty gun ports and all panel lines, the airframe was rubbed down to remove any imperfections. Coats of a special very pale blue-green called Camoutin were applied and polished. Initially, two F.24 cameras with five inch (127 mm) focal length lenses, which could photograph a rectangular area below the aircraft, were installed in the wing space vacated by the inboard guns. Heating equipment was installed on all PR Spitfires to stop the cameras from freezing and the lenses from frosting over at altitude.

And the unit was put to good use. Between July and October – the span of the Battle of Britain - the Photographic Reconnaissance Unit (PRU) as it was then called, flew over 700 sorties, for a loss of seven Spitfires.

The RAF was not alone of course. The Luftwaffe had a significant reconnaissance effort and on Monday 15 July 1940 it was out in full force. Alerted to intense shipping movement in the Channel, II Fleigerkorps then decided to brave the low cloud which dominated the day, otherwise hampering operations. 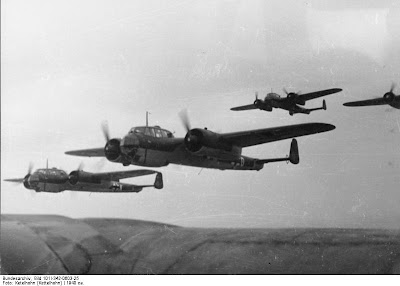 Fifteen Do 17s (pictured) went into action, reaching a convoy only to be thwarted by Hurricanes of Nos 56 and 151 Sqn. A small force of bombers also crept inland and bombed the Westland factory at Yeovil, and other targets in the west of England and Wales.

Overall, in a very light day, the RAF flew 449 sorties and lost one Hurricane. The Germans lost three machines in all, including a He 111 off the coast of Scotland.

Battle of Britain thread
Posted by Richard at 21:53