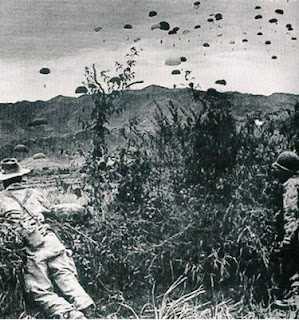 Slightly ahead of the game today, I already wrote at (sufficient) length about the "renegade" Afghan soldier shooting three of ours – an issue that preoccupies many of today's papers.

I listened to Sky News on this, with growing alarm at the tosh being spoken. This is the sort of garbage that gets people killed.

In particular, we see Sky News' foreign affairs editor Tim Marshall pontificating about the quality of Afghan soldiers and the need for improvement. He says it is vital that efforts are made to establish more "cohesion" between Pasthu Afghan soldiers - from the south where the British are based - and ethnically different troops from the north.

He also says: "The Afghan army is better than it was a few years ago and the training is having an effect, but that concept of discipline is not there. "There is a flaw in the strategy unless they can get more cohesion within the Afghan army and ensure they all think they are Afghans rather than Pashtus."

This is dribble ... utter, vapid dribble. It would actually make more sense to have a two-year-old on telly, and have two minutes of it sucking a dummy. As even the most basic research will show, there is not a hope in Hades of getting the Pashtuns to think of themselves as anything other than Pashtuns, and they are never going to think of the Tajiks and the other northern ethnics as anything other than oppressors.

But more to the point, we have grown adults locked into the dangerous myth that we are going to be able to create an effective Afghan security force, to whom we can hand over responsibility. You might just as well pile a mountain of weapons and ammunition in the High Street in Sangin and piss off for an extended Tiffin. This is stupidity on legs.

The trouble is that we are locked into this myth. No more than Brown does that fool Cameron have the sense to realise that we are going nowhere in Afghanistan – that it is costing us a lot of money and killing a lot of people. It was one of his first tests, that he failed – that he could distance us from Blair's war and start the process of disengagement.

I said some time ago that I would write about Dien Bien Phu and its relevance to modern times. I'm still reading the book, "Hell in a small place" and I hate it – the inevitability of it all, in a very unpleasant battle. But the one thing that stands out is precisely that – the inevitability. Everybody knew it was wrong, everybody knew it was a losing battle, but no one seemed to know how to stop it, how to bring it to an end. So the French kept fighting, and losing.

Ladies and gentleman, I give you Afghanistan 2010.