The march of progress 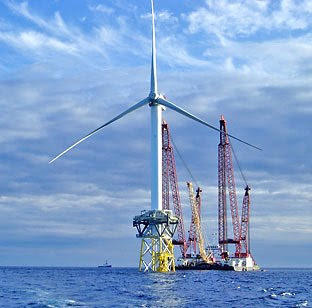 If I stood up, in all seriousness, and said that the moon was made of green cheese, my readers – I hope – might look a little bit askance at me, and conclude, as many already have, that I have finally lost it.

Yet, when we get ministers making assertions of the same order of impossibility, it now seems that the role of the media is diligently to record such exudations, affording inane jabbering more respect and credibility than it could possibly deserve.

Such was the case in June last year when Labour minister Lord Hunt got up on his hind feet (an impressive achievement for him), to pour out a stream of drivel, only to have the media uncritically to record his nonsense, as if it had any more value than the stuff you scrape off the sole of your shoe.

Yet, just over a year later, we have The Sunday Telegraph at it again – different minister, same drivel.

This time, it is that slime Huhne, a detestable example of a human being if ever there was one, a man who can actually state that offshore wind turbines are "incredibly competitive" in producing electricity, and have a newspaper print it, without the equivalent of a snort of derision.

The story is actually on the front page, but if you had journalists and editors worthy of their name (and pay), their front-page headline would be: "Minister claims offshore wind 'incredibly competitive'", with a list of worthies saying it isn't, the thrust of the story being that any energy minister who came out with such tosh is not fit for office.

And that really is the story. In such a vital issue as the national electricity supply, we really do have an energy minister who is not fit for office, backed by a man masquerading as prime minister whose only qualification is that he is similarly unfit.

Yet, far from a newspaper actually saying so, we get this unmitigated tripe regurgitated from the mouth of Huhne: "We have a tremendous natural resource in the Dogger Bank, which is an enormous shallow area of the North Sea, the same size as Wales ... It's relatively cheap to put wind turbines in that shallow area. It's beautifully windy so it does actually produce a lot of electricity – that is a really important natural resource for us."

This really, really is garbage, and we've said so many times. Offshore is hideously expensive and, while the North Sea may be shallow, the winter storms there are amongst the most vicious and cruel on the planet ... in part because of the shallowness of the water.

That alone makes for huge expense, and raises enormous questions about maintenance and durability, none of which have been addressed, much less answered. Yet, to base your energy policy on wind machines in these waters – in preference to nuclear, as Huhne is doing – is madness. No, it is beyond madness. It is insane, and it is about time the media started saying it, loud and clear.

But what do we get from The Sunday Drivel? Er ... an editorial telling us that "nuclear power must not be the poor relation", and offering the view that "the exploitation of renewable sources such as wind, wave and solar power is undoubtedly sensible."

For "sensible" read "suicidal", and you are close. But in those two words, you also see the progression of the media from what it once was to what it has become. That is the march of progress. The only difference now between newspapers and ministers is that you can burn newspapers to keep warm.

And this must be part of the reason why, these days, the media has nothing to say to us. These days I look at the newspapers more with amazement than interest, marvelling at how they are able to fill so much space with material of such little consequence. But, as a source of information, increasingly one is forced to look elsewhere.