A whole mess of uncertainty and fear 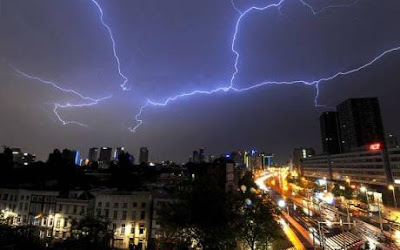 Yesterday was a big day politically, with the Cleggerons delivering the latest version of their coalition pact - and the wrong day to go offline for most of the day, with an internet upgrade, especially as I returned to read of Cameron's stitch-up of the '22 Committee. This was recounted by Autonomous Mind, who was not the only one to be distinctly unimpressed.

But what comes over from both episodes is the low-grade pettiness of it all – the modern equivalent of fiddling while Rome burns. The modern conflagration, in the shape of the euro crisis, is summed up by a trader recorded in The Guardian telling us that "the markets are a whole mess of uncertainty and fear right now".

The speaker is Joshua Raymond, market strategist at City Index, who then observes that, as the FTSE nosedived, "it is hardly surprising that investors are fleeing risky assets everywhere." This, he says, "necessarily, means heavy weakness for stocks, sterling and the euro."

It is times like these that one feels one's own lack of knowledge and expertise, although it is also clear that the experts are floundering as well. At least, though, the Wall Street Journal makes the crisis its lead story, with the legend: "The Euro Turns Radioactive".

The Times in London also leads with the story and from this source we learn that Merkel is leading calls for an international financial tax today, which she claims to be a "signal of strength" – preparatory to the meeting of finance ministers in Brussels tomorrow.

Ambrose Evans-Pritchard is calling it a "perfect storm", noting that market tremors are hitting China, Europe and the US. Just about every indicator you care to look at tells its own unhappy story, with no end in sight and no prospect of good news any time soon.

I asked Ambrose earlier how serious the situation was. Were we talking about unemployment and soup queues, or was it not quite that bad? The response was a cryptic two words: "that bad" – which sort of says it all. No one I can find is prepared to say any different - Randall is even more downbeat.

Yet, with economic collapse threatening, with potentially catastrophic consequences, David Cameron is obsessed with his own petty affairs. Yesterday he was telling his backbenchers to "get used to the new world" as he and Nick Clegg unveiled their full coalition deal.

There's a "new world" coming alright and it's not the one he has in mind. But it's certainly one he is going to have to get used to. At the moment, he seems on a different planet – and now is not the time to have the children running the shop.

GREEK THREAD
Posted by Richard at 00:02