Cut off from understanding 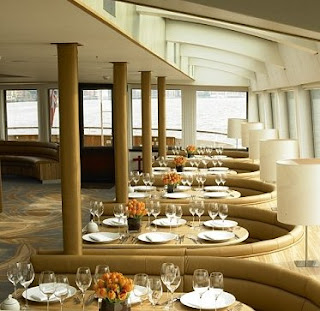 "It was fitting that the BBC chose to give its election night party on a boat. No sooner had the fun started than the entire television system on board broke down for three quarters of an hour. So the flagship of the biggest broadcaster in the world, with captain Mark Thompson (and your columnist) on board, was floating helplessly, out of contact with the outside world.

Our predicament was a metaphor for the media's failures in reporting this election. We have abandoned serious study of what actually bothers people. We have become cut off from understanding the way voters feel about things outside London and the world of celebrity."

So writes Charles Moore today in his column. At least the man has sufficient intellect to understand what is happening to him, which is more than one can say for the majority of the media and the claque. Being "cut off" is as much an attitude of mind as it is a physical affliction.

It was indeed highly symbolic that the BBC chose this venue at extraordinary cost, and even more so that it then polluted its coverage with the inane, vapid opinions of its "celebs". But, in truth, the celebs made not much less sense than its professional commentariat, who are equally divorced from reality.

But no one is divorced more that Helen Boaden, director of BBC News, who says of the BBC effort: "This has been an extraordinarily exciting and important General Election campaign where audiences have relished BBC News output."

This is the way these arses think, trilling away about how "exciting" it all is, spending much more than an annual salary on a night's drinkies, producing sterile crap, to the sounds of mutual congratulation. This is why we are going to have to shoot them, and the sooner it is done the better.

RESHUFFLE THREAD
Posted by Richard at 10:56