Not one of them 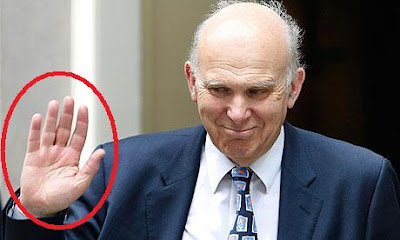 "Vince Cable has been forced to let George Osborne take responsibility for reform of Britain's banks as the first cracks started to emerge at the top of the new coalition government," says The Guardian. 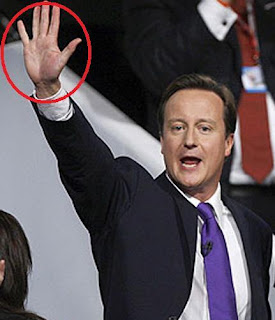 And you can see why ... look at the hand. He's not giving the secret Cleggeron salute. He's not one of them. By comparison, pictured right is the Supreme Leader, producing the classic salute. Note how many times in photographs, where he responding to cameras, he is seen to adopt exactly the same hand sign.

Now that the secret is revealed, of course, we will see many Cleggerons seeking to disguise their true identities. But, no matter how hard they try, in due course, the latex will crack. The truth will out.

RESHUFFLE THREAD
Posted by Richard at 18:58