And then the riots 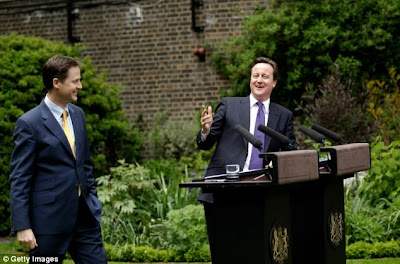 Two privately-educated, white, male millionaires prattling about their vision of "politics", without the first idea of what they are talking about. We're in a sort of honeymoon period at the moment, where some are saying "give them a chance". Nope. These Crapperoons are seriously bad news – they may not have the gauche, sullen demeanour of Gordon Brown, but they are far more dangerous.

Stephen Glover in the Daily Mail isn't impressed either. He is one of a growing band – which will get larger with alarming speed. And then the riots will begin.