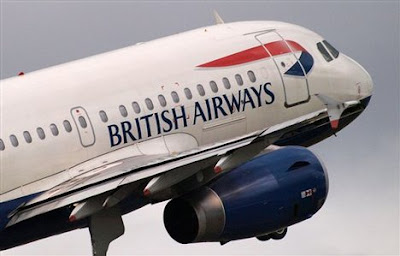 No evidence of volcanic ash has been found in any BA aircraft engines since European skies were reopened on 20 April, following a six-day closure after the eruption of an Icelandic volcano.

From that period to date, we are told that BA has operated more than 20,000 flight segments and conducted more than 8,000 engine inspections. Engines and their filters had been inspected by BA engineers and sent to laboratories for closer analysis. Yet, says chief executive Willie Walsh, "Not only have we not found any damage from ash, we have not found any ash."

But for the intervention of Willie Walsh and other airline leaders, it is unlikely that the flight ban would have been lifted on 20 April. Still, the authorities would have been relying on a Met Office computer model to predict the location of the ash and set the safety criteria.

Observation by a research aircraft on 20 April, however, revealed that ash levels were "barely detectable", a finding repeated last week when again the Met Office warned of "dense ash clouds" over Ireland and northern England, then spreading southwards. When the research aircraft flew through the region, on its return from detachment in Nantes, it was unable to find ash in the predicted areas.

While BA's findings provide still further evidence of the failings of the ash model, the Met Office is still insisting – as it does with its global warming data – that its model is "accurate".

The Civil Aviation Authority has responded by increasing the tolerance limits for flying in ash clouds, but is still relying on Met Office data. Walsh thinks this is "a bit of a fudge." He want the airlines to be able to decide on whether to take the risk, and takes the view that: "We cannot have a situation where the Met Office decides if the skies are open or closed."

Yet, that has effectively been the case, with the safety authorities taking their cue entirely from the Met Office, a process that has undoubtedly led to huge over-reaction and massive cost and disruption. No one in authority though seems to want to take the lesson from this, or draw the wider inferences. But the issue is not going to go away ... Katla is rumbling.