Defence on the back burner? 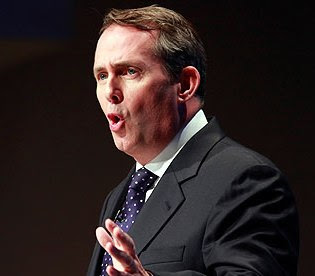 It is interesting to note that the "strong and stable government" foreseen by the Cleggeron coalition agreement does not run to dealing with the vital area of defence, other than brief statements about the future of Trident and the need for a strategic defence review.

As Think Defence points out, in the 3,000 published words of the agreement we get a commitment to make possession of illegal timber a criminal offence but nothing about Afghanistan, that very same Afghanistan where thousands of UK service personnel are currently in harm's way, where we are fighting and losing a war and where billions of pounds are draining into the desert sands.

Defence, we are told, will be followed "in due course" by a final Coalition Agreement, which hardly suggests the degree of urgency that the Cleggeron leaders have sought to imply is necessary.

Given that neither of the parties have had anything intelligent to say about the strategic situation in Afghanistan, it is perhaps unsurprising that they have failed to rise to the occasion now, leaving Liam Fox, as newly-appointed secretary of state for defence, to attempt something approaching a coherent policy.

This has not stopped the Tory defence team in the past being heavily critical of Labour efforts, but with Fox now in the hot seat, it is time for him to deliver. Relegating the issue of Afghanistan to the second-tier coalition agreement is not a good start. We need something more than that – and fast.

RESHUFFLE THREAD
Posted by Richard at 19:47