They don't always listen to logic 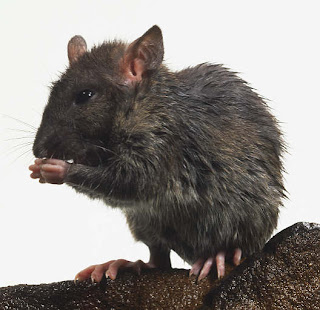 Picked up by BBC Scotland lat week, after being aired by the farming press and the trade, it appears that there is a proposal going through the EU parliament to ban certain rat poisons.

In the frame are anticoagulant rodenticides – the most widely used group of rat poisons – and in this case the problem stems from an update to the EU's Biocides Directive, legislation introduced more than a decade ago to control the use of chemicals used to kill living organisms.

What has happened is that Christa Klass, a German MEP from the EPP group, has inserted a clause into the update to remove rodenticides from the market. Under her proposal, they would fail safety cut-off criteria because they are "toxic to human reproduction" and they would fail a derogation clause to keep chemicals deemed too important to lose.

According to Tory MEP Struan Stevenson, the proposal – crazy though it is – is already "well on its way" through the regulatory system. He is urging the agricultural industry and fellow politicians to step up their game to stop it in its tracks. "This is not scaremongering," he says. "There is a real possibility that we could see a ban."

If it does go through, farmers, public health professionals and householders will be left without a decent tool to tackle rodents. The result could be massive and dangerous levels of infestation, with very real risks of disease – just at a moment when local authorities here want to move to universal two-weekly refuse collection.

The matter goes before the EU parliament's environment committee in early June and then before the full parliament in July. Hazel Doonan, from the Agricultural Industries Confederation, is saying that there is "no logical reason why the legislation should go ahead". But she warns: "MEPs don't always listen to logic."