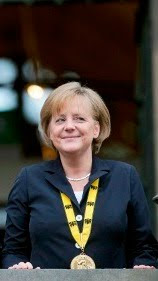 Reuters is telling us that Merkel has said that the euro's troubles offered a chance for the EU to strengthen its economic and political union, not just its common currency.

Speaking at a ceremony in Aachen where Polish Prime Minister Donald Tusk was awarded the Charlemagne Prize for furthering European unity, she said the future of the EU was at stake in the challenges to its monetary amalgamation.

"If the euro fails, not only the currency fails. Europe fails too, and the idea of European unification. We have a common currency, but no common political and economic union. And this is exactly what we must change. To achieve this - therein lies the opportunity of this crisis."

Merkel was confident that Europe would overcome the crisis in her speech in Aachen, a western German city that was for centuries the place of coronation of German kings.

"The euro is more than just our currency. It is the furthest achievement of European integration so far. It stands for the European ideal. And I stick to my vision that one day, all EU member states will also have the euro as a currency," she said. 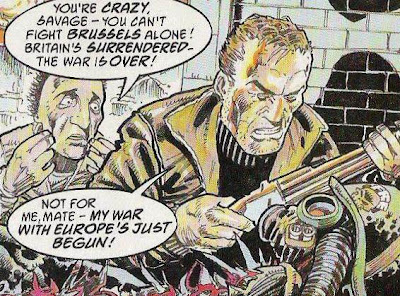 There it is in all its glory ... the beneficial crisis. The only surprising thing is that Merkel is being so open and candid. But then, the continentals usually are. It tends only to be the British politicians, either through delusion, stupidity or knavery, who deny the true agenda.

And, of course, this is why the "colleagues" can't afford to let the euro fail. It always was, is and always will be a political construct ... supported, incidentally, by Ken Clarke and others, the fifth column who are now in government. Can we shoot them now?