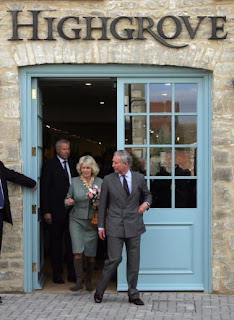 Although we are used to seeing poor quality research in the climate "science" field, we tend to forget that this is by no means confined to this discipline. And, for an example, one needs to turn only to The Times this morning.

The subject is a study by professor Tim Benton of Leeds University which purports to show that organic farming yields are 55 percent lower than from conventional farming growing similar crops in the same areas. The finding lends support to the claim that we would need to use twice the amount of land if organic farming became the predominant form of agriculture.

Although Benton claims to be comparing like with like, it would be very hard to find intensively managed organic farms which are wholly comparable with conventional units. Most organic farmers, in my experience, do not tend to run their units with a view to maximising yields, their margins coming from the price-hike attributed to the "brand", rather than from volume sales.

One organic farm which is run on intensive (or semi-intensive) lines is the estate owned by Prince Charles at Highgrove in Gloucestershire. Run by an extremely impressive farm manager with a background in conventional farming – and no illusions of greenery – he was able to deliver crop yields almost comparable with his non-organic neighbours.

At the time – and it was a few years ago – we calculated that his shortfall was about the same in percentage terms as the compulsory set-aside, leading to the observation that if set-aside was abolished, there would be no overall loss of production.

What was different about Highgrove, as with many organic farms, was also that this was a mixed farm, in particular running a herd of pedigree Angus, plus a dairy herd. This meant that reliance on artificial fertiliser was reduced, and the waste management problems which accompany large dairy farms were avoided. In terms of energy efficiency and environmental impact, therefore, there is much to commend properly balanced organic farming.

Readers will know that I hold no brief for Charles, and still less his greenie friends, but there is a sound case to be made for organic farming – albeit perhaps not run with the same rigorous, near-religious purity as imposed by the Soil Association (which in my view has done more to harm the expansion of organic farming than any other organisation).

Benton's assertions, therefore, should be taken with a very strong pinch of (inorganic) salt.