The age of rage 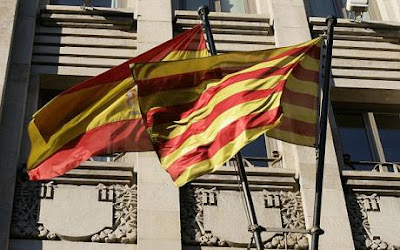 The euro is becoming an engine of intra-European tribal hatred, writes Ambrose Evans-Pritchard, who is exploring the political fallout from the euro crisis. As the world "teeters on the brink of a new age of rage" and we face a "tinderbox moment", he sees the Left as a possible beneficiary of the crisis.

In fact, it is far too early to say where the current crisis will lead us. The "play" is still on and the extent of the damage is not yet apparent. Even today, the reports the collapse of the Spanish, Cordoba-based Cajasur Bank is sending shock-waves through the market, pointing to the underlying weakness of Spanish economy.

The one thing for sure is that the pundits' forecasts must be taken with a pinch of salt. One is cruelly reminded of this by a piece just over a year ago from Anatole Kaletsky, who confidently predicted that: "an existential crisis of the eurozone remains unlikely".

Today's Times offers us a background piece from Antwerp, where we are told that ordinary people are dimly aware that another economic meltdown may be brewing but, by and large, they choose to ignore it. "People don't quite catch the whole depth of the crisis. It happens above their heads ... They are quite complacent," says Geert Noels, the chief economist of a Belgian think-tank called Econopolis.

Those that aren't complacent, it seems, are all-knowing, and we are seeing a progression of the likes of Gavin Hewitt giving us the benefit of their wisdom. What is notably absent, though, is anything from Tony Blair, Michael Heseltine and Kenneth Clarke, reminding us of how necessary it is for the UK to join the euro.

European stock markets, for the moment, are paying the price ... which means individual savers, pension funds and the rest. They saw London lose 0.2 percent, Paris slid 0.7, Frankfurt 1.3 and Madrid 1.8 by mid-morning, on fears about the health of Spanish banks and the eurozone economy. The "age of rage" comes later. This is only just starting.