A surge of fraud? 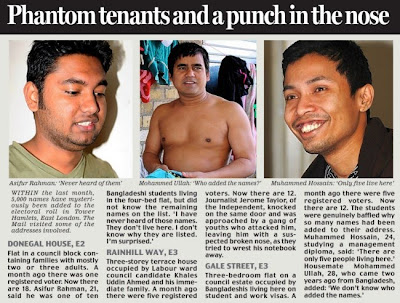 The recent rush of new voter registrations may have sinister implications. Along with others, The Daily Mail is reporting significant instances of postal vote rigging (see panel above - click to enlarge).

Voter fraud, says the paper, could determine the outcome of the general election. Police have launched 50 criminal inquiries nationwide amid widespread cases of electoral rolls being packed with "bogus" voters. And, with the outcome of the closest election in a generation hanging in the balance, a few thousand stolen votes in key marginals – where there has been a late surge in registrations - could determine who wins.

The infuriating thing about this is that there is nothing new about reports of voter fraud, and the postal vote system has long been prone to abuse. Yet very little has been done to curb that abuse, which puts the credibility of the entire system in doubt. We have little enough trust in politicians without a rigged election to contend with as well.