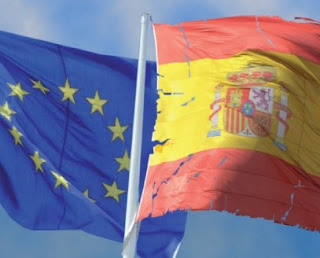 Well, "Call me Dave" Cameron got his moment in the limelight yesterday, accusing his predecessors of leaving "an economy that's nearly bankrupt, a society that's broken and a political system that is bust".

Strangely, for such a devastating condemnation, The Boy's remedial programme, offered during the Queen's Speech, was remarkably slender. For sure, it included as its first priority a commitment "to reduce the deficit and restore economic growth," with a promise "to accelerate the reduction of the structural budget deficit."

But, even when you look carefully, it is hard to see in the 22 Bills and one draft Bill anything that addresses the problems of a "near bankrupt" economy, much less one exposed to a global economy on the brink of collapse. To be fair, the real beef is promised for the emergency budget on 22 June. It is then, we are told, that we will learn what little Georgie has in mind to reduce the deficit, now standing at £156.1 billion.

What does not compute is the "little Englander" feel to the whole affair. The Cameron experience seems quintessentially English, with no apparent recognition that we are part of a big, brutal world – which is unravelling with frightening speed. Given a broader, more cosmopolitan perspective, the issue for the front pages yesterday would have been the report in The Daily Mail recording that the foreign liabilities racked up by Spain, Greece and Portugal now exceeded €2 trillion.

The precise figure, as far as can be ascertained, is €2.16 trillion (£1.9 trillion), which the three stricken eurozone countries have issued as public and private debt. That is something like 22 percent of the region's gross domestic product, now held by foreign banks, pension funds and insurers, with some €1.49 trillion of that being accounted for by Spain.

So huge is this figure – which is far more than previous estimates, somewhat dwarfing the UK deficit – that the prospect of defaults or restructuring in any of the three nations could trigger sub prime-style shockwaves, another bank crisis and the mother of all currency crises.

It was undoubtedly that which spooked the market yesterday, and it is also that which points to structural issues which are not amenable to a "quick fix" or confidence-building gestures. The whole of the regional economy is poised on the edge, with pundits talking seriously of a second recession and worse.

What is so very odd is that the domestic political agenda is dominating the media, when the looming financial crisis is of such potentially devastating significance that it should have swept all other matters from the headlines.

If the turmoil continues to develop the way we saw yesterday, the emergency budget on 22 June to deal with the economy will be of very little interest. By then, there may well be no economy left. Yet, from the British media, you would scarcely get any sense of the building crisis, or the cataclysmic effects that await us. It is almost as if, 70 years ago when Hitler's Armies had invaded France, the newspapers had chosen not to report it.

And that is scary.